The  man asked to rectify issues in the Southern District Health Board’s gastroenterology service says progress so far is "a good news story", but warns a new issue could be looming. 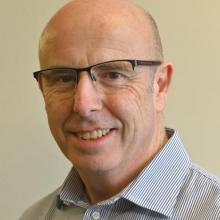 Andrew Connolly. PHOTO: ODT FILES
Andrew Connolly, who wrote one of several highly critical reports about how the service was functioning, was subsequently made chairman of the board's endoscopy oversight group.

He told an SDHB meeting on Thursday that the list of Dunedin patients waiting for a surveillance procedure had all but been seen, and lingering Southland patients should all be seen in the next four months.

"In particular, Southland performance with non-urgent patients has quite dramatically improved ... overall waiting times breaches for people waiting longer than 90 days is one patient, so phenomenal work has been done."

To sustain that rate of treatment Mr Connolly recommended extra staffing be made available for the service, preferably in Invercargill.

"It’s fragile, but I’m far more optimistic than I was a couple of months ago."

However, Mr Connolly warned that the high participation rate in the national bowel cancer screening programme could create another issue for the SDHB.

"The risk for surveillance on the horizon is that because a much higher proportion of the public have taken up the option of bowel screening than the national expectation — and that’s good news — is that the test is so good that 90% of people have something found, most of which is not cancer.

"But almost all of that 90% do need a follow-up, so in probably 3-4 years there could be a switch between symptomatic pressure versus surveillance pressure, and the upshot is that we will have to grow the service."