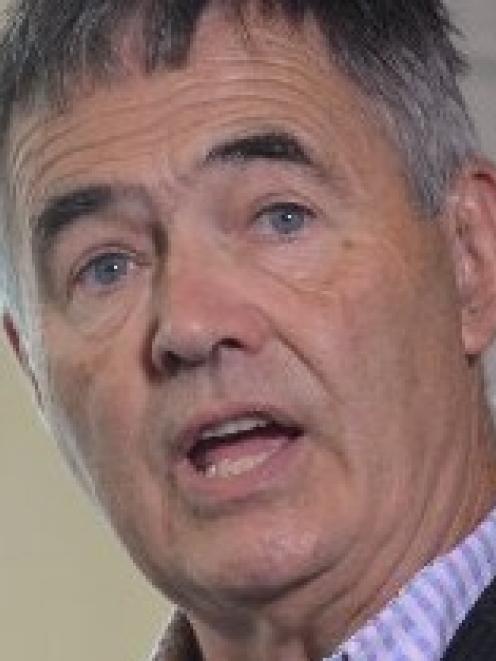 The signal came from Mayor Dave Cull yesterday as councillors prepare for a tough week deciding whether to squeeze a series of major projects into a budget already under significant pressure.

The council's long-term plan deliberations would include setting rates for the 2015-16 year, which at present were pencilled in at 3.8% - already above the council's self-imposed 3% limit.

Mr Cull told the Otago Daily Times public submissions on the LTP had included calls for the council to spend more, not less, even if that meant hiking rates.

That included the ''huge number'' of people who called for a new Mosgiel pool, which was the subject of more than 1000 submissions.

''They're doing that quite conscious of the fact that, if we do, it will push the rates rise up.''

It was too soon to say if the calls would find favour with councillors, but one thing was clear: something had to give, he said.

''If we did everything that's asked, we'd definitely have a substantial rates rise.''

His comments followed the release of a host of council staff reports on weighty issues, from the city's Mosgiel and therapeutic pools to the University Oval lights, before next week's long-term plan deliberations.

One report showed the sale of council assets has been investigated as an option for funding the proposed $15 million Mosgiel aquatic facility.

It also made it clear councillors faced difficult decisions should they decide to fund the facility. Each funding option came with risks or disadvantages.

The cost of any decision to add floodlights at the University Oval was also expected to be higher than first thought, at $2.2 million, as was the council's share, at $1.2 million.

The council's plan to grant $300,000 underwriting to the trust fundraising to save the Dunedin physio pool was also being questioned, after a staff report raised doubts about the viability of the facility.

The city's heart would also be up for discussion when debate turned to the council's new central city plan, which outlined possible projects, including a development of the Octagon, for the years ahead.

The company running Forsyth Barr Stadium was also seeking a shake-up of ticketing arrangements at the Dunedin Centre, and changes to the way community events funding was allocated.

Plans to fix to the stadium's public address system - possibly expensive - would also be discussed, but behind closed doors.

The sound system was one of two items listed for discussion in the non-public part of next week's deliberations, the other being dusted-off plans for a new bridge over the railway corridor, to improve links between the city and its waterfront.

Mr Cull would not discuss the non-public items yesterday, but said the challenge facing councillors was to satisfy public demands while keeping rates increases ''to a reasonable level''.