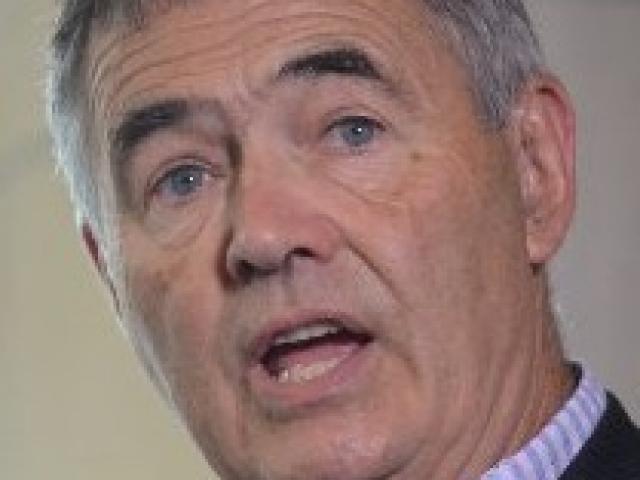 The Dunedin City Council could consider higher rates hikes to help pay for big-ticket projects including the Mosgiel pool.

Debt levels will remain higher for longer, but rates increases will be trimmed, if a revised Dunedin City Council budget to be considered next week is accepted.

Dunedin ratepayers face a 3% rates rise for the coming financial year, after a last-minute bid to trim the increase failed yesterday.

Rates hike could be on the way for some Dunedin homeowners, after Quotable Value lifted the average value of houses in the city by 3.1%. The increase, announced yesterday, means an average...
A general rate increase of 5.34% is included in the Otago Regional Council draft annual plan for 2013 to 2014, which is now open to public comment.

Ratepayers across New Zealand - including those in Dunedin - could be left to foot the bill as local government reforms drive up the cost of borrowing for councils, it has been claimed.

The Dunedin City Council will next week adopt its long-term plan, including a rates rise of 4.9% next year, and approve an increase in the city's debt of $59.5 million in 2012-13.

A 4.9% rates increase was confirmed at a Dunedin City Council meeting yesterday.

All of the scrimping, saving and budget-stretching done by the Dunedin City Council in the past week paid off yesterday, as it managed to keep the rates increase for the next financial year at 5%.
Central Otago ratepayers are facing an average 5.7% rates increase for the coming year but that had been reduced from a potential 20%.

Dunedin ratepayers burdened by a decade of hefty rate increases could finally be in for some relief, with the city council's budget heralding a softening of the annual increases in homeowners' pockets.

Tokoiti residents say they are shocked and disappointed with the Clutha District Council's decision to split the cost of new sewerage systems in Benhar and Tokoiti, having 50% funded by the townships and the remainder shared across the district.

Dunedin City Council budgets are again under the microscope, as staff seek to bridge a looming shortfall threatening to push up rates by 11.9% next year.
A new charge on the first rates bill for the financial year is confusing some Clutha district ratepayers.

Taieri farmers have been left considering their options - a judicial review or going to the ombudsman - after their fight to delay the adoption of a new rating review failed yesterday.
A group of irate Taieri farmers are set to drive their tractors through central Dunedin this afternoon to protest changes to how their Otago Regional Council rates are set.

The Waitaki District Council will finalise its 2011-12 budget tomorrow at a meeting which will set the level of any increase in the region's rates for the next financial year.

A Dunedin City Council facing unpopular rates rises, and fresh from election promises of financial prudence, will tomorrow start discussing a staff report that has identified $794,300 of cuts for the next financial year.
The draft rates rise in the Clutha district has been kept to an average 3.59%, but Lawrence ratepayers could face a rise of about 10% because of big projects in the township.