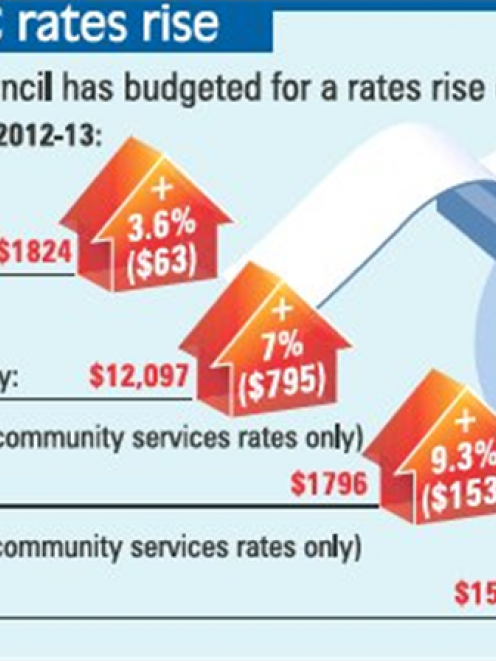 The Dunedin City Council will next week adopt its long-term plan, including a rates rise of 4.9% next year, and approve an increase in the city's debt of $59.5 million in 2012-13.

Under the long-term budget to be ratified by the council next Monday, changes to city rates for next year include new rating categories for Forsyth Barr Stadium.

Last month, the council scrambled to make savings across all departments, carried over funding and delayed projects to keep within its self-imposed rates rise cap of 5%.

Councillors will also give authority to the council chief executive to drawn down $59.5 million of new loans in 2012-13, mainly to pay for large ongoing projects, including the Dunedin Centre upgrade, the Otago Settlers Museum redevelopment, the Tahuna wastewater plant upgrade and Logan Park redevelopment.

About $2.7 million of the debt raised will be to lend to ratepayers for earthquake-strengthening and housing retrofitting, with the debt repaid by targeted rates over 10 years.

All loans will be borrowed from Dunedin City Treasury at an interest rate of 7%.