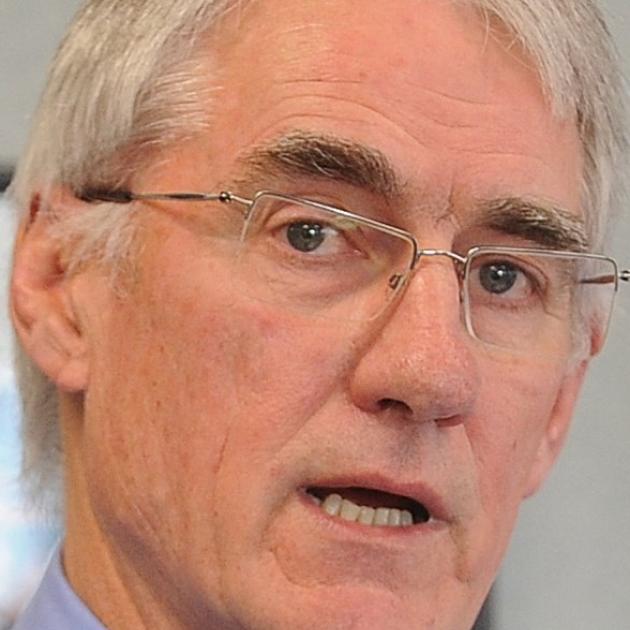 stephens_070410.JPG
Dunedin City Council budgets are again under the microscope, as staff seek to bridge a looming shortfall threatening to push up rates by 11.9% next year.

The council's senior management team has been holding a series of meetings with activity managers across the organisation this week, to scrutinise initial financial projections for the 2012-13 year.

That was if a $5 million annual shortfall in dividend payments from Dunedin City Holdings Ltd - revealed earlier this year - was not addressed by savings in other areas, he said.

The council had included a 7.4% draft rates increase for 2012-13 in this year's annual plan projections, but the DCHL shortfall would in effect push that forecast up to 11.9%, if left unchecked, he said.

However, councillors had already directed staff to find savings and achieve a "much reduced" rates increase, he said.

Dunedin Mayor Dave Cull could not be reached for comment yesterday, and Mr Stephens could not say exactly what that figure might be ahead of debate by councillors.

However, he expected it was "probably" going to be "somewhere less than 7.4%".

"That's a real challenge, there's no question about that."

Just how those savings would be achieved was yet to be confirmed, but staff had already made 106 suggestions following a request earlier this year, Mr Stephens said.

"Some were do-able and some were not. We're really now getting down to the nitty-gritty of what offerings genuinely have legs."

This week's meetings were an annual process in preparation for plan hearings each January, but the DCHL shortfall created extra pressure this year, Mr Stephens said.

Councillors had already decided on some cost-saving initiatives this year, including changes to the Logan Park redevelopment and seal extension plans, as well as possibly shaving $3 million from the Otago Settlers Museum upgrade.

They have also been investigating two options for a council-controlled organisation for water that could save at least $1.7 million a year, or increase dividends to the council by up to $5 million a year - a claim yet to be tested by the council's working party.

Yesterday, Mr Orders said this week's meetings were a "critical part" of the budget process, but staff had not been given a specific savings target.

All options remained on the table, including changes to council capital project plans, operating costs and service levels, he confirmed.

One-off savings could be important, but the council also needed "a savings mindset ...

driven throughout the organisation".

Mr Stephens said results of the budgeting process would be given to councillors before next year's annual plan and long-term plan deliberations, beginning in January.