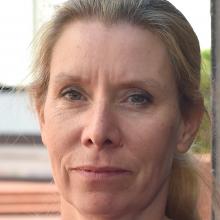 Anna Johnson
Rule changes could enable more than 2500 more homes to be built in Dunedin.

They are expected to include new areas for building and to make it easier to increase the density of housing in residential areas.

Dunedin city councillors will decide next week whether the proposed changes, which would alter the second-generation district plan, should be put forward for public consultation.

Council city development manager Anna Johnson said reducing the acute shortfall of social housing and catering better for households of one or two people were among the aims.

Dr Johnson said creating the conditions where 2500 new homes could be built would be in addition to the 3400 the district plan was already expected to cater for in the next 10 years.

‘‘People will be able to see what the changes mean for their property when details are made public next month,’’ Dr Johnson said.

Otago Property Investors’ Association president Kathryn Seque said the proposed changes sounded good in theory and anything that created more housing in Dunedin would be helpful. 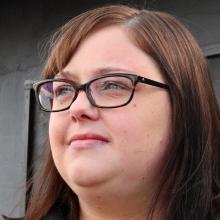 Kathryn Seque
The success of the changes could depend on how well they were implemented and whether it remained difficult to get through the consents process, she said.

People sometimes found it frustrating when they tried to build in Dunedin and she hoped it would be easier once the proposed changes had settled in.

‘‘It’s a real turnaround from what previous councils have done,’’ Mrs Nidd said.

She also hoped the changes would result in more smaller homes being built.

Developers were waiting to build and the city needed to remove what hindrances it could, she said.

Darling Real Estate owner Lincoln Darling felt it was too little, too late.

The cost and hassle of building had made it difficult to get projects going in Dunedin, he said.

The new rules, if approved, are expected to be more flexible.

Proposed zoning changes are expected to include new greenfield sites for development in areas that were zoned rural or rural residential, and to allow more areas of medium-density zoning, where the density of housing can be increased.

Proposed rule changes in suburban Dunedin could include allowing smaller site sizes and removing restrictions on tenancy of family flats.

Restricting family flats to family members would cease, under the proposal.

In August, the council delayed proposed changes to its second-generation district plan about housing, because of appeals that needed to be resolved.

The work is progressing now.

Dunedin residents have previously been asked for their ideas about how and where the city should grow.

Feedback helped shape what would be proposed.

If councillors decide to press ahead, people can make submissions from February 3.