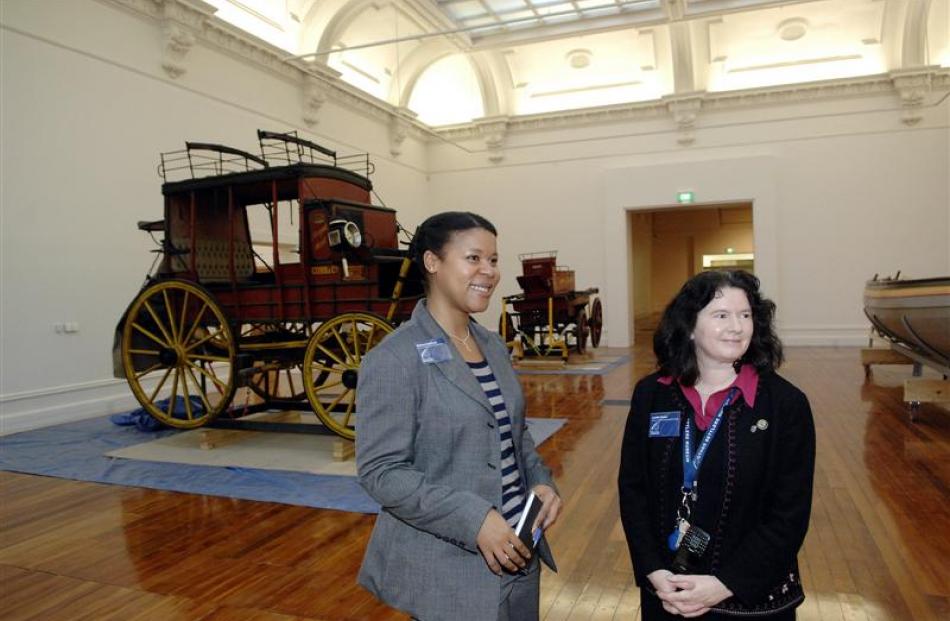 A glass ceiling, more than three tonnes of new steel work, and a state-of-the-art temperature control system are just some of the refurbishments at the Otago Settlers Museum designed to "reinvigorate" the display of Otago's heritage.

The newly refurbished Burnside building at the Otago Settlers Museum will be open to the public for a "sneak peek" tomorrow, from 2pm-4pm.

Museum communications and business team leader Rebecca Crawford said the galleries were originally built with glass ceilings, but the glass had since been painted over.

However, the glass had been replaced with UV-filtering, insulated glass units, which allowed natural light into the galleries.

"All the sunlight has been calculated and modelled and can be controlled through a system of remote-control motorised blinds to protect objects from overexposure."

The building had also been fitted with heating and cooling controls which balance the needs of the collection items with the nature of the old building, she said.

Fragile items have been put into cases to protect them from fluctuations.

Mrs Crawford said the walls of the Portrait Gallery had been painted a deep Victorian red, symbolic of the period of the building, and the original tongue and groove rimu floorboards had been stained and polished.

The museum had also been fortunate to have its original gallery lighting returned and restored.

The lights were taken from the Burnside building when the Dunedin Public Art Gallery moved to Logan Park. The lights were then moved with the gallery to the DIC building.

"They have kindly returned the lights to the museum, and we have retro-fitted and installed these in the Portrait Gallery."

Large objects were removed and stored before work began on the galleries. Meticulous cleaning was undertaken on many large items while they were being stored, Mrs Crawford said.

Several "signature items" had already been moved back into the galleries, including Maori Girl - a whaleboat built in 1871 at Port Chalmers for the Waikouaiti Whale Fishery Company, and a Cobb and Co coach, which will eventually be displayed with four life-sized horse sculptures.

It was hoped the refurbishments would bring the home of some of Otago's early heritage exhibitions into the 21st century, she said.