A Logan Park High school pupil has tested positive for coronavirus, meaning his school will close for at least 48 hours.

The Otago Daily Times was told that parents of pupils at the school received emails this evening confirming the news.

The pupil is the son of a Dunedin man who recently returned from Germany and has also tested positive for the virus, the Southern District Health Board said this evening.

The SDHB announced earlier today that contact tracing was under way after the man - in his 40s - tested positive and that results for two other family members were expected back today.

This evening it was confirmed the pupil had tested positive and the school would close for 48 hours as a consequence. The result for the other family member is not back yet.

While the DHB is saying parents of pupils at other Dunedin schools should feel safe sending their children to school, North East Valley Normal principal John McKenzie told parents in an alert he had been told there were two suspected cases connected to the school.

While the cases were unconfirmed, he said: "This may mean you choose to keep your children home for the time being."

The school would still be open and parents were told to tell the school if their children were not attending using the usual absentee process.

The DHB said contact tracing was now being undertaken to identify anyone who may have come into close contact with the parent of the Logan Park High School pupil, and it would be working with the school and family to identify any close contacts of the student over the next 24 to 48 hours.

Close contacts will be contacted by Public Health staff and will go into self-isolation for 14 days from their last contact with the student.

It was five days after the man returned to New Zealand when he began showing symptoms – so contact tracing is not required on any flights.

These are the first positive cases of Covid-19 in Dunedin, and the second and third in the Southern district after a tourist tested positive in Queenstown.

The pupil is now is self-isolation at home.

The school was working with both education staff and public health officials.  It will now close for at least 48 hours while close contacts are traced and put in self isolation and casual contacts given advice about what to do if they become unwell.  The school will be carefully cleaned before reopening.

The school will not reopen until cleared to do so by health officials.

Southern District Health Board chief executive Chris Fleming said parents with children at other schools should feel confident to send their kids to school, as the family concerned was in self-isolation and remained so.

‘‘In this instance the child has contracted coronavirus through close contact with a parent.’’

Mr Fleming said he understood contact tracing for the father was well-advanced.

"The boy being in a school, the contacts are quite a lot wider . . .  there is a very clear protocol regarding close contacts, and all those close contacts will be required to go into self-isolation.

"People that are not close contacts or are casual contacts should be feel safe.’’

Meanwhile, shortly before learning about the testing at Logan Park, a Dunedin mum whose teenage son goes to that school learned her youngest son was also being tested.

The woman, whom the Otago Daily Times is not naming, said her three-year-old son had been tested for the virus after being sent home sick from daycare.

She was expecting to receive results within 24 hours. 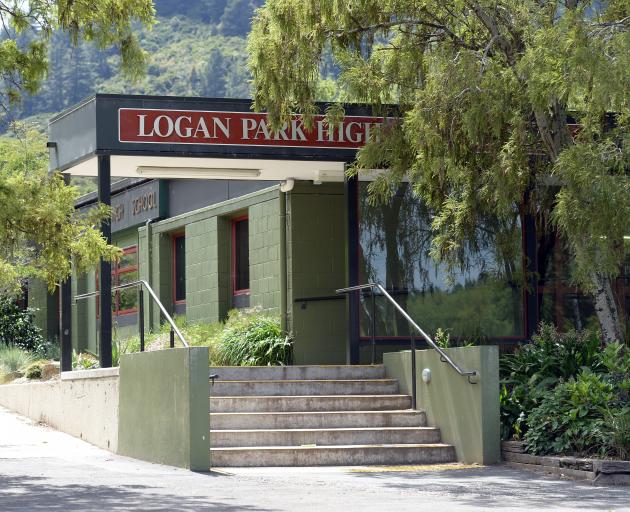 "They're just being safe, as they would when a child is sick.

"He tends to take illness in his stride.''

She was considering self-isolating.

The woman said people should follow Ministry of Health guidelines.

"It's just about being really smart and using your common-sense.''

Mr Fleming said the DHB has been preparing for the arrival of the disease in the city and again commended those who had provided care and supported the public health response.

“Our thoughts are firstly with the man and his family. We ask they are supported and that their privacy is respected at this time.”

“We are requesting close contacts stay in self isolation for 14 days from the date of potential exposure.

Mr Fleming also called upon the community to play its part in stamping the disease out.

“This is unlikely to be the last case we have of COVID-19 in our district, and we need you to help ensure the health system is able to support those who need care.

“All our efforts need to be on stopping the spread, or at least slowing it to a manageable rate.

“Anyone who feels at all unwell should stay away from work, school or any other institution.

Yeah, but the gracious overlords say go to school, it's safe

Having recently returned from Germany this guy should have self isolated! Close the schools now for two weeks, then reassess. Why wait? The logic of waiting for "community spread to start" then be in a position to "quickly stamp it out .. " is beyond me. Put a fire break in place, manage the known cases and hunt down other possibles, then review the position. I wouldn't be surprised either if this man was an academic!

That's even worse. Beyond the pale.

I'd be interested to know what exactly "text book" means - close the schools now for two weeks, then reassess -why wait? The logic of waiting for "community spread to start" then be in a position to "quickly stamp it out .. " is beyond me. Put a fire break in place, manage the known cases and hunt down other possibles, then review again.

Testing should have been carried out on all travellers entering NZ three weeks ago. We've had more than enough notice. We have shut the gate after the horse bolted. As an isolated country we had the opportunity to lead the way. For now, we can be proactive and manage this in a pragmatic and calm way.
The advice is simple, wash your hands often. Leave the 'seven holes' in your head alone. Any sign of flu like symtoms, stay home.

I would like to know where they have been in the past few days.

The Ministry of Health need to advise NZ public of the people that have been identified with this virus, to firstly help the public gauge if they are at risk if knowing the person, and secondly to be able to self quarantine and remove themselves from public circulation.