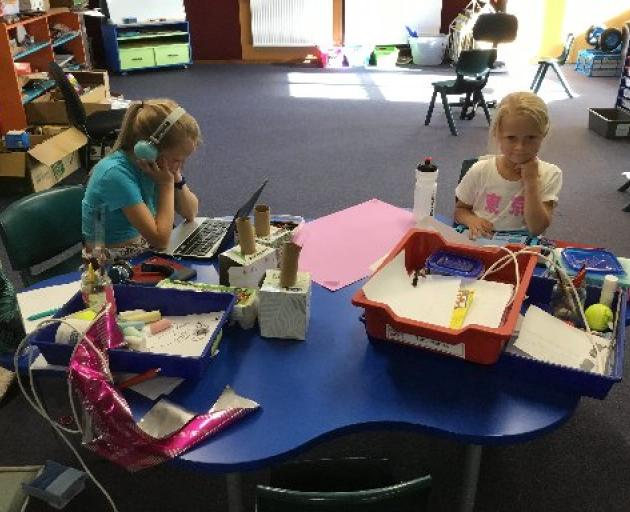 School principal Jen Rodgers told The Star this week there were about 23 children at school each day last week during Alert Level 3.

They were split into four bubbles with a maximum of 10 children.

Whaea Jen would greet the families at the school gate and the children would walk to class with their teachers.

Each bubble had a couple of classrooms and its own toilet block.

“They’re really self-contained because we’re very clear on not sharing equipment and not sharing anything with anyone else.”

Siblings were put in the same bubble, because it was important to keep them physically connected, she said.

The bubbles included children aged between 5 and 10, which the pupils really enjoyed.

“The teachers are saying they’re just loving it.

“They’re still doing it from a distance, from within their little bubble.”

It gave the children a chance to talk other people they might not normally mix with.

The school roll was usually about 430 pupils, and there were about 40 on the Level 3 roll.

A lot of families were on there just in case their children needed to attend.

“We’ve got some children who come in some days and don’t come in others.”

School staff were happy to be flexible about when children were at school, because they knew many parents wanted their children at home whenever possible.

Whaea Jen said parents were grateful they were able to send their children to school.

“They’re happy to be here and that’s making life easier for the parents who have to be at work.”

All schools are set to reopen on Monday.