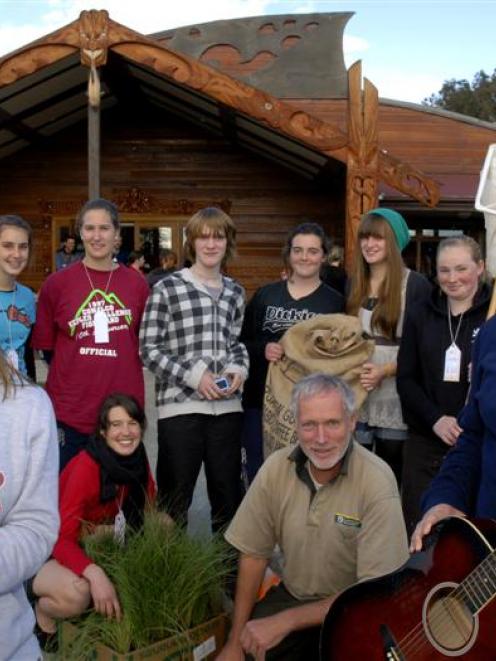 Community groups and agencies such as the Department of Conservation (Doc) were also represented.

Participants arrived on Thursday, and yesterday were engaged in outdoor activities, including planting at Hawkesbury Lagoon, visiting organic farms, water monitoring at Karitane estuary and cleaning up the beach.

On the menu was vegan food, which had the lowest possible carbon footprint, Miss MacTavish said.

Julia Stevens, of Invercargill, said the most challenging part of the weekend was the vegan food, particularly the tofu, which she did not like.

Miss MacTavish said she was amazed by the positivity of the young people, despite the enormity of environmental challenges the world faced, which was heartening.

Learning practical skills such as cooking and preserving food helped people do things for themselves, often using local materials rather than expecting modern life to deliver everything, Miss MacTavish said.