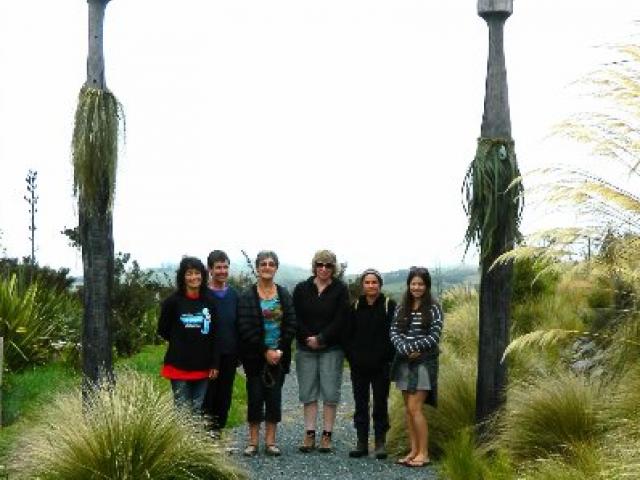 Alyth Grant reports on the growth and care of the flax grove near the entrance to Orokonui Ecosanctuary.

Predator-free is a fraught phrase with some hidden fish-hooks.
The new research station to be built on the environmentally protected Auckland Islands, 465km south of Bluff, will be named after the late Sir Peter Blake.

Urgent interim measures need to be taken to protect the endangered New Zealand sea lion population given the serious rate of decline in pup numbers in the Auckland Islands, scientists and conservationists say.

A new vision for conservation hopes to break down some of the old divisions, writes Tom McKinlay.

The great work of people who go the extra mile for conservation will be recognised through the Otago Conservation Awards.
A dog owner is being investigated after an attack on a penguin and others are facing $300 fines for having their dogs on Otago coastal beaches where they are prohibited.
Sixty wild tuatara from the Marlborough Sounds will soon make their home at Orokonui Ecosanctuary but only two captive-bred reptiles will be able to be seen by visitors until they have settled into their new environment.

Otago Peninsula, with all its flora and fauna, is very special to Moira Parker. Rebecca Fox asks this year's winner of the Coastal Otago Conservation Award about her passion for conservation work.
New Zealand's endangered kakapo could be at risk from a potentially fatal virus newly discovered in the South Island.
The Central Otago Ecological Trust, which aims to save the Otago skink from extinction, has taken top honours at the TrustPower Central Otago District Community Awards, announced in Cromwell last night.

A pair of flightless birds flew south yesterday, to Orokonui Ecosanctuary near Dunedin, where they became instant media stars.
A planting afternoon will be held at Brighton Domain this weekend to improve habitat for the region's penguins.

Volunteers of all ages took to the track at Lake Hayes to extend the existing Lake Hayes Project Gold site on a clear and crisp morning in late April.
What many farmers consider a concerted series of attacks on the way South Island high country farmers have managed their special lands and landscapes has ended rather unspectacularly.

A small population of robins in the Silver Peaks survived a 1080 drop and even flourished due to the poison killing its predators, a University of Otago study has found.

The shooting of a young New Zealand sea lion - a species as threatened as the African elephant or the kakapo - has shocked and dismayed those who work to ensure its survival.

The Mohua Charitable Trust has donated $11,000 to a Wanaka-based programme to save the mohua, a rare native bird, in the Mt Aspiring National Park.