A new vision for conservation hopes to break down some of the old divisions, writes Tom McKinlay. 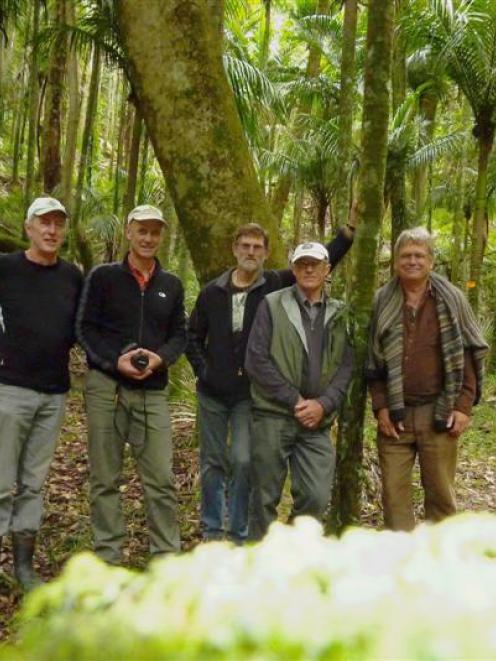 Well, it would. It's a promotional website for a flash ecological retreat.

But there's more going on here than slick marketing.

Tahi is the Northland retirement project of Dr John Craig (ONZM), formerly a professor in the University of Auckland's School of Environment, who is continuing his life's work with the ecologically focused project in biodiversity conservation. To wit, 300ha which is home to the pricey retreat, a manuka honey operation, carbon-credit harvesting, wetland restoration and tree planting, among other things. The tree-planting count so far is up to 210,000. Dr Craig also hopes to get into biobanking.

The internationally certified operation is plugged in to the Zeitz Foundation's Long Run initiative, which backs projects that combine the four elements conservation, community, culture and commerce.

So it's an attempt to do something with the land that turns a dollar but is sustainable for the long term.

And as such, it has given its name to a new ginger group.

The Tahi Group of Concerned Scientists has been established to broaden the debate around conservation, drag it out of the distant mountain reserves and down on to the plains and coasts where people live. Country like where Ohua Tahi sits.

The group has five members: Prof Craig, Prof David Norton, of the University of Canterbury's School of Forestry, Dr Denis Saunders, of Australian-based CSIRO Ecosystem Sciences, Dr Morgan Williams, a former parliamentary commissioner for the environment, and Dunedin-based Prof Henrik Moller, of the University of Otago's Centre for Sustainability.

In a paper about to be published, the group says New Zealand needs to face up to the fact that its degraded environment and the threatened status of the country's plants and animals are symptoms of unsustainable living and a system that rewards that way of life.

Rather than tackling those issues as isolated cases - and charging a particular arm of government to set up a reserve here, or a threatened species programme there - the group wants to turn around some of the incentives that encourage people to use land in unsustainable ways. In fact, they want to create incentives to do the opposite.

People need to embrace the environments in which they live and do their conservation there, the Tahi Group believes.

''We have to get conservation mainstreamed into our everyday lives and our environment. As much into our city living as into inspiring visits to national parks,'' Prof Moller says from his small university office, in one of the collection of old wooden villas that stretch up Castle St.

It will involve a move towards conservation for sustainable use, shifting the emphasis away from the traditional ''preservationism''.

Not that Prof Moller is anti-national parks. He says they are one of the country's great success stories, and

were an essential response to the government-funded forest clearing of marginal land in the 1960s and 1970s. But they do not guarantee the successful conservation of native plants and animals, as they remain under attack from introduced species, he says. Neither do they provide an immediate environmental benefit in the places most people live and work.

There's a quite an adjustment in the conventional headspace involved in all this.

As the Tahi Group sees it, the predominantly lowland areas given over to farming (60% of the country) are big on exotic plants and animals because the economic incentives in our system are to plant introduced species (grass or some other introduced food or fibre crop), then add introduced animals -sheep, cows etc. Those then are the areas where our economic activity takes place.

On the other hand, indigenous flora and fauna are corralled into reserves where little or no economic activity is permitted. It is to be preserved. Introduced species are for making a living; indigenous species for looking at.

Prof Moller says that distinction is unhelpful and unnecessary. Indigenous ecosystems should also be used, sustainably, as part of the nation's economic life.

''You can have a whole lot of low-intensity uses of forest products. It can be extractive. We can go back to indigenous forestry. If we genuinely get that right and don't over-harvest, we will actually promote native ecosystems and so look after a whole lot of co-evolved plants and animals by sustainably using that land.''

At the same time, the ecological values of production landscapes would need to be valued more highly, in order that industries there - farming or forestry - were required to behave more sustainably and do their bit for conservation.

Townies, that's 87% of New Zealand voters, would benefit from more biodiversity closer to where they live, reinforcing conservation as part of the fundamental Kiwi ethic. But they would need to buy in too, quite literally by making consumption choices that back sustainable production.

''We are all hunter-gatherers in supermarkets and we need to be thinking very carefully about the way we produce our food and choose what to buy,'' Prof Moller says.

''The idea that somehow the market alone will provide for sustainability is simplistic.'' 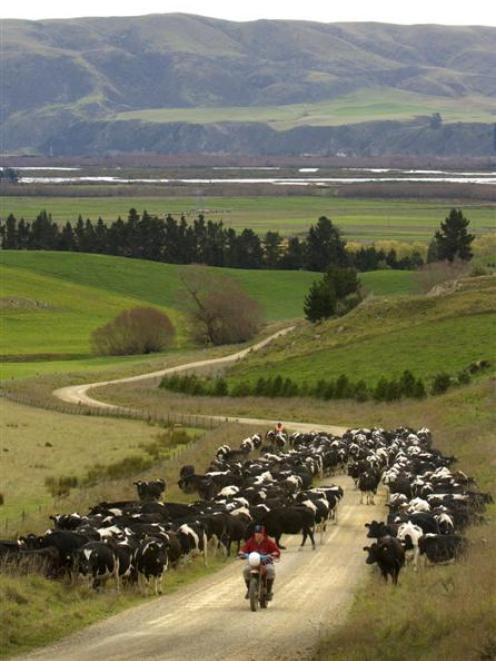 The country's productive landscapes should also be valued for their conservation potential. Photo by ODT Files.
A more conscious effort is required.

Which brings us to the sharp end of the Tahi Group's argument: that consumers should share the cost of farmers operating in a more sustainable fashion.

''Why should we leave it to farmers all the time to pay the costs?'' Prof Moller asks.

''If the New Zealand public want clean rivers and low emissions and to act as responsible global as well as local citizens, then they have to start thinking about the European model of paying for some of that environmental good. It is part of sharing responsibility and costs and benefits.''

What is proposed is that farmers would be paid to plant some of their land in indigenous forest, to broaden the ecological base.

''At the same time that would mean that New Zealand's landowners would be expected to give over some of their autonomy and total freedom to do what they like on their farms.''

Prof Moller says Australia has begun some such ''agri-environment'' schemes, running public tendering for planting woody vegetation on private land, or in other words, buying ''ecosystem services'' with public money.

''New Zealand can find a middle ground here and start to share the responsibilities for good land care and give farmers a lot more help.''

The ''biobanking'' that Dr Craig hopes to develop at his Northland retreat is another way of achieving a similar end.

At Tahi he has created lowland coastal habitat including wetlands, a habitat in short supply in New Zealand. Developers working in similar terrain, who are required to put aside land to maintain the environment, could instead pay Tahi to create more of the habitat there.

Experience and research has shown that developers are not particularly good at delivering on the environmental promises made for their projects, Dr Craig says.

''People can see here what they are paying for as it exists and then we will use the income to make more,'' he says.

''One of the key rules of offsets and biobanking is that the habitat is additional to what would have happened anyway. Some argue that I would always make habitat so I can't then sell it to a third party but my approach ... has always been that native biodiversity has to pay for itself, so I made this with earnings in mind.''

Regional councils could play a role by creating a register of habitats created for biobanking, he says.

Regional councils, which Prof Moller says have been a sleeping giant of New Zealand's conservation effort to date, are also perfectly placed to take a more assertive role greening our farms, he says.

Otago Regional Council is beginning to take on that responsibility with its work to limit run-off from farms. But Prof Moller says that work has not been accompanied by substantive investment from the public to help farmers deal with the cost of using land less intensively.

The New Zealand Transport Agency is another sleeping giant that could actively enhance the conservation value of the road corridors it creates, he says.

Easing back on the intensity with which farmland is used sounds like the last thing our agriculturally based economy needs, but Prof Moller says the picture is not black-and-white.

''Many farms have pushed the intensity of the land too far, to the point where actually their profits have decreased. If you focus entirely on how much you can produce from the land as your indicator of success, then you try to use every last square metre of the land, so your costs can go up more to get that last ounce of production than you get back from selling that extra wool, milk solids or wood.''

Reducing farm production in some areas of the country, would, if done intelligently, increase profits, he says.

There is already an international price premium for produce from genuinely sustainable operations, Prof Moller says, which could pick up some, though probably not all, of the cost of returning some farmland to indigenous woody vegetation.

New Zealand ecologists have suggested that 25% of pastoral farms need to be in woody vegetation to adequately safeguard biodiversity, but that could be an overestimate. European farmers must reserve 7% of their land as ''ecological refuges''.

''If we could achieve that as a first goal, we can then work out later if it is enough,'' Prof Moller says.

''The key research we need to do is to figure just how much woody vegetation is optimal for multifunctional agriculture and what sort gives the best all-round benefits.''

The Tahi Group says in its paper that by ensuring the costs and benefits of new innovative conservation approaches are fairly shared ''old enemies become new partners in conservation efforts''.

''Ecological restoration will then naturally emerge and accelerate as part of a wider celebration and enhancement of New Zealanders' heritage in the 21st century,'' it says.