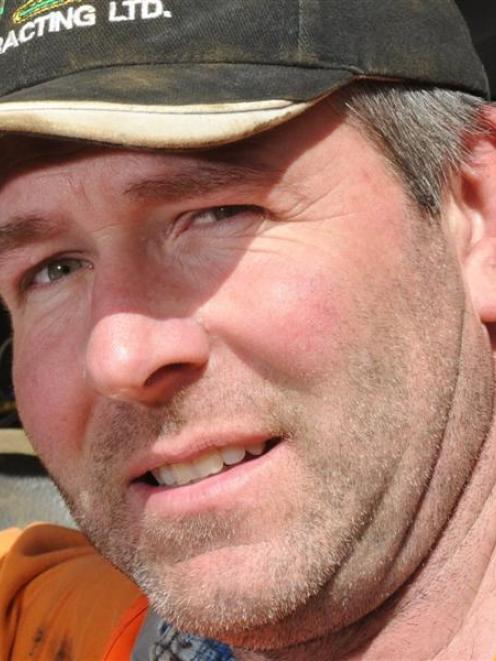 Steve Clearwater.
Controversial expansion plans for an Otago Peninsula quarry have been declined by an independent commissioner, but quarrying will continue on the site.

The Geary's Hill quarry, overlooking Papanui Inlet, was last year found to have breached many of its 2007 resource consent conditions.

It had extended further up and across Geary's Hill than consented, while a paddock consented to receive fill to a depth of 1m had since received considerably more than that.

Dunedin City Council staff concluded it was in breach of at least 10 consent conditions, while compliance with another five was questionable.

Quarry operator Steve Clearwater Contracting, headed by peninsula resident Steve Clearwater, had been forced to seek a variation on its existing consent to legalise what it had done, while also seeking to expand its footprint for future operations.

Neighbours feared the variation, if accepted, could eventually lead to the complete removal of the hill. 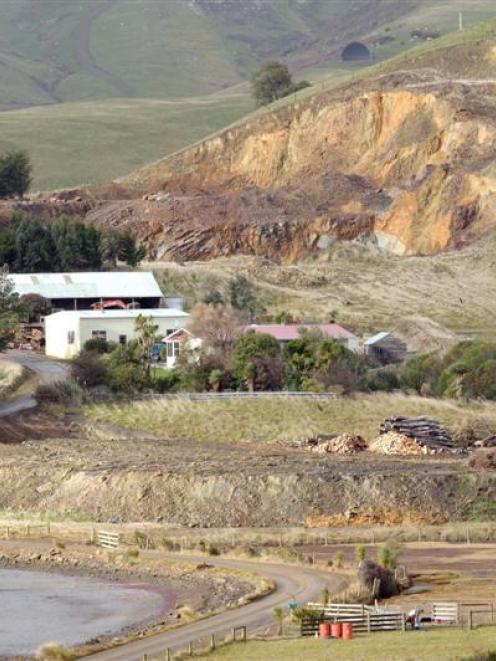 The Geary's Hill quarry, overlooking Papanui Inlet. Photo by Gerard O'Brien.
But that variation was declined last week and was now subject to a 15-working-day appeal period.

Mr Clearwater said he was ''disappointed'' with the decision.

He had not yet decided whether to appeal it.

He confirmed his commitment to his property and his quarrying operation, saying he planned to continue operating under existing consents.

The ''adverse effects'' the proposal would have on the ''character and amenity of the landscape'' did not fit with the district plan's objectives, he said.

The proposal was also inconsistent with the Resource Management Act, as it did not ''adequately remedy or mitigate'' the adverse landscape effects it would create.

The council had accepted it had been deficient in monitoring the 2007 consent, Mr Henderson said.

DCC senior planner John Sule said what those ''appropriate steps'' could look like was ''entirely hypothetical at the moment'', as the appeal process had not ended.

But if there was no appeal, or the commissioner's decision was upheld by the Environment Court, the council's resource consent compliance team ''will need to have a look at what further compliance action is required'', Mr Sule said.

An abatement notice was in place preventing further excavation work outside the consented pit area, but ''further action to remediate any environmental damage or prevent other breaches of consent condition may be also be necessary'', he said.

Mr Clearwater told the Otago Daily Times yesterday the proposal he had put forward had been ''a very plausible variation'' to the existing consents.

The council's abatement notice had been adhered to, but Mr Clearwater said he did not know what other actions the council could take in addressing previous consent breaches.

Quarry opponent Martin Geary, after whose family Geary's Hill was named, said while the decision came as a relief, it was still no cause for celebration.

While the threat of Geary's Hill being removed altogether was gone for now, he was ''bitterly disappointed'' by what the non-consented quarrying operations had already done.

Of particular concern was the quarrying of the hill above the height allowed, and the filling of a paddock above the limits in the consent.

But those problems could be fixed and they needed to be, he said,''All that should be reinstated,'' Mr Geary said.

If Mr Clearwater decided to appeal, he would find a bevy of opponents and Mr Geary would be one of them.