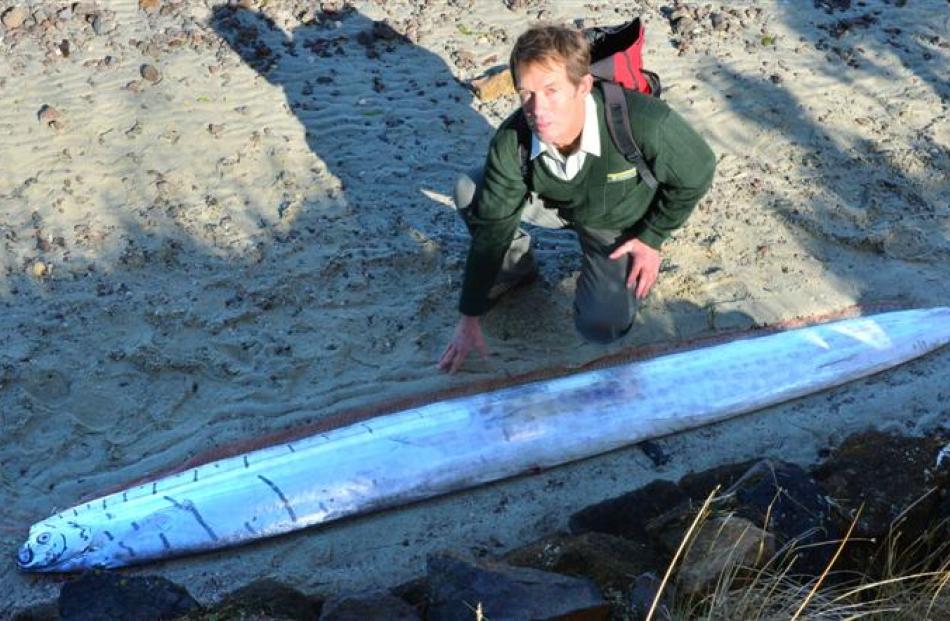 Department of Conservation services manager David Agnew with the ''bizarre'' fish that was discovered washed ashore at Aramoana. Photos by Gerard O'Brien. 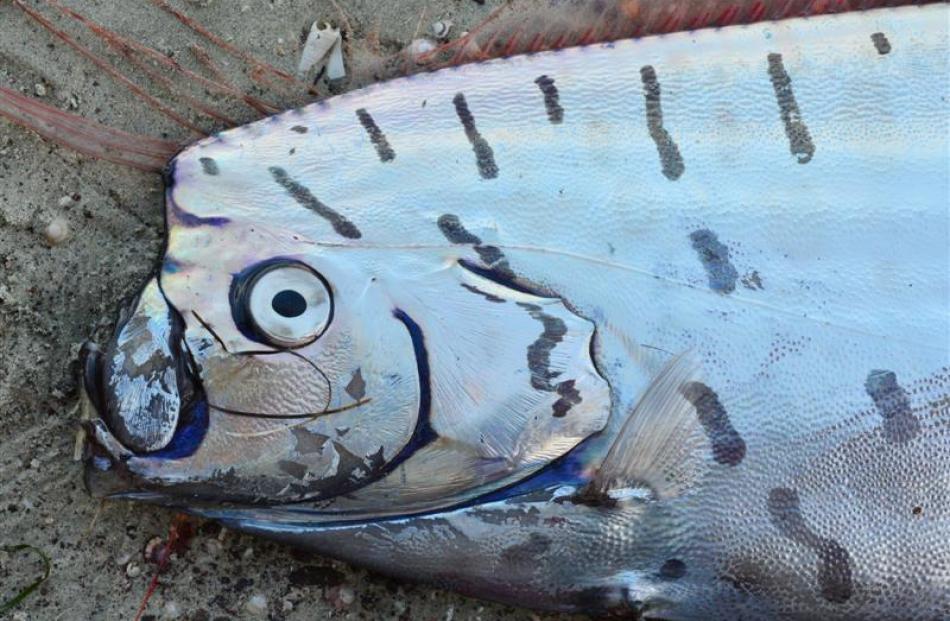 A 3m, self-amputating, vertically swimming, serpent-like ''bizarre'' marine specimen has washed up on the salt marsh at Aramoana.

Department of Conservation service manager David Agnew said he got a call from Aramoana resident Don Gibbs, who discovered the fish on the salt marsh side of the spit.

He went to have a look and said he had never seen anything like it before in his eight years in Dunedin and 20 years with Doc, during which he has mostly been stationed along the coastline in New Zealand.

University of Otago NZ Marine Studies Centre manager Tessa Mills confirmed the fish was an oarfish, which have been known to grow to 11m long.

''They are usually found in deep water in tropical temperatures but I think they do come up to feed on the surface.''

She said it was unusual that it had been found washed up in a cold water area.

Marine studies programme director Sally Carson said the fish was one of the most ''bizarre, rare fish''.

She said the oarfish hangs vertically in deep water and is known to ''self-amputate'' by biting off its own tail.

According to Wikipedia, not much is known about the oarfish.

Myths have surrounded the fish, with people around the world mistaking it for a sea serpent - there has even been a suggestion the Loch Ness Monster could be an oarfish.

Mrs Carson said DOC was looking after the oarfish and the marine centre had ''passed on the information'' to see who would be interested in further study of the fish.

Otago Museum has for decades displayed a preserved oarfish in a deepwater creatures dioarama.