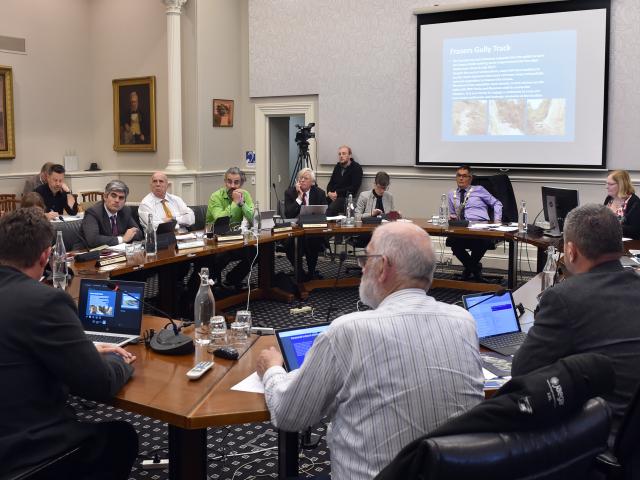 Councillors concluded three days of deliberations on the 2019-20 annual plan yesterday by endorsing a 5.3% rates rise.

The council's 10-year financial strategy limited rates rises to an annual average of 5% across the period, giving the council some room for flexibility from year to year.

But Dunedin Mayor Dave Cull cautioned yesterday's decision to go beyond 5% - which he supported - and put the onus on the council to achieve a lower increase in a future year.

The 0.3% breach for 2019-20 was driven largely by decisions by councillors earlier in the week to add $1.2million worth of extra funding to the books.

Council chief executive Sue Bidrose said, by a rough calculation, the 0.3% breach would add about $7 to the average homeowner's rates bill.

Cr David Benson-Pope urged councillors to accept the changes without further debate yesterday, after detailed discussion earlier in the week.

The increase to accommodate community needs was "not excessive", and "it would only be the mean of spirit who would raise a fuss", he said.

His views were echoed by most councillors, including Cr Kate Wilson, who pointed out Dunedin's rates remained comparatively low.

Cr Jim O'Malley was not against a 5.3% increase either, but argued for more scrutiny first.

"This is our job this morning - to get as close back to 5% as possible.

"To call that mean-spirited is getting very close, again, to inappropriate behaviour in this room," he said.

Group debt was also "heading rapidly towards $1billion", which was "ironic" for a council focused on sustainability, he said.

Cr Mike Lord said he opposed extra funding for climate change planning within the DCC, but accepted the outcome and the 5.3% rates rise.

He pointed to large increases in spending on core infrastructure, both in the 2019-20 budget and the 10-year plan.

Cr Christine Garey also supported the need to invest, pointing to a car crash on an older section of Portobello Rd on Thursday night.

Cr Aaron Hawkins disputed claims the council was being "frivolous" with ratepayers' money, reeling off the list of organisations to miss out, while Cr Andrew Whiley backed "true investment in the city".

Cr Rachel Elder said Port Otago's decision to gift waterfront land to the University of Otago for future development was another sign that "if we work together, and we have a vision, we can go along way".

Cr Maria Laufiso praised the "blood, sweat and tears" of council staff working on the budget, but would have gone further, with a 10% rates rise, to fund social wellbeing initiatives.

Mr Cull agreed with the need for financial discipline, but argued the council was doing just that while responding to a long list of community requests.

He also praised submitters for their participation in the process.

"They don't get paid for it. They come here out of community spirit ... they are a really important component at democratically arriving at the conclusions for an annual plan," he said.

Councillors voted 13-1 - with only Cr Vandervis opposed - to accept the budget changes, and the 5.3% rates rise, subject to final approval next month.

This will mean that my rates have increased by 53% in 8 years. What planet is the DCC on? Inflation is supposed to be 1-2% p.a. They should vote to cut services that people do not want/use; cycle paths, destruction of carparks, a bridge to nowhere, a stadium, empty buses, LED lights etc This entity needs to be voted out!

What's the point of having a limit if you're just going to ignore it at the first opportunity. Now in every future year we'll hear claims like "Ah well, we went over 5% in 2019 and the sky didn't fall in", and the limit will be breached again. Before we know it, it'll be up to 6%, because that's "only a little bit more than 5.6%", which in turn was "only a little bit more than 5.3%". And so it goes.

There are a lot of pensioners in Dunedin too broke to turn their heaters on this winter. They heat and light their homes as little as possible so they can afford food and other basics.
I am sure that they won't get any comfort from this sanctimonious bunch of councilors who think bike lanes, waffle of global warming and LED street lighting are more important than pensioners health and well being.
Just a bunch of councilors living in their little greens bubble and who have little idea of the real world.

"Cr David Benson-Pope urged councillors to accept the changes without further debate yesterday, after detailed discussion earlier in the week.

The increase to accommodate community needs was "not excessive", and "it would only be the mean of spirit who would raise a fuss", he said.

His views were echoed by most councillors, including Cr Kate Wilson, who pointed out Dunedin's rates remained comparatively low".
It's a bit rich that you ask that now ..... considering what you and your cohorts pulled.