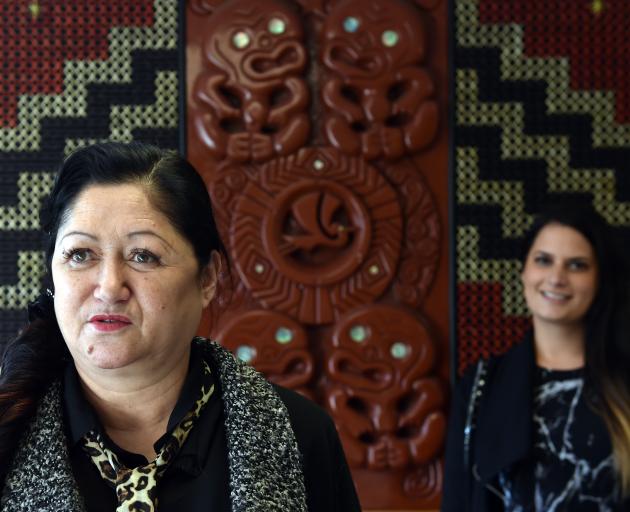 Ms Parata-Muir said demand for refuge services in Dunedin was at its highest level since she started working with the organisation in 1991, and the number of calls to its crisis line had increased to an average of about two a day.

She believed the proliferation of methamphetamine in the city had increased domestic violence, as had Dunedin's chronic shortage of rental housing, leaving families living in temporary accommodation for long periods.

The intensity of domestic violence had also increased.

"Definitely things are getting worse in the community, with the intensity of the violence and its triggers, like the methamphetamine.''

However, Ms Parata-Muir said the increase in people calling the crisis-line or being referred to the refuge was also due to women being more likely to come forward.

"They're not having to hide it under the carpet. I think more people are talking about it now.''

While the new Government's announcement of increased funding for Women's Refuge nationally had been welcomed by all in the movement, the organisation continued to rely heavily on donations, she said.

"I must say we're really lucky in Dunedin; people are very giving.''

Ms Parata-Muir said the refuge was funded $1.42 per person, per day to support women seeking its services, which paled in comparison to the $249.26 it costs daily to keep a single inmate in prison.

The refuge had recently picked up a new Ministry of Social Development contract where, based on referrals from the Ministry, it provides 12 weeks of emergency housing and support services for homeless families.

Ms Parata-Muir said since taking up the contract she had been shocked by the extent of homelessness in the city.

• 2910 bed nights for women and children provided in safe house

This is bad, the government has squashed anything to say that 'P' affects housing yet I don't know a government in the world that has or is coming down strongly on 'P' Is it because they are getting way too much coin from it? is it that they don't really care about people, is it being treated like a cancer cure as in we'll make more coin from this if we sweep it under the mat and let it continue? What a sad sad world we live in, I used to wait in the South Dunedin Car park outside the red shed for my partner to finish work. At night I'd see people walking past the doors the red shed to the cars parked way down by the railway lines then back across car park, cars pull up next to a car, chat then drive away. Something needs to be done and the actions shown to the general public, people named and shamed.I'd go as far as to say something extreme needs to happen to 'P' dealers, cooks and those trading in the drug that is wreaking, peoples lives.