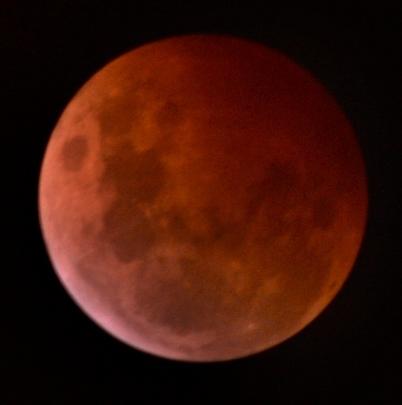 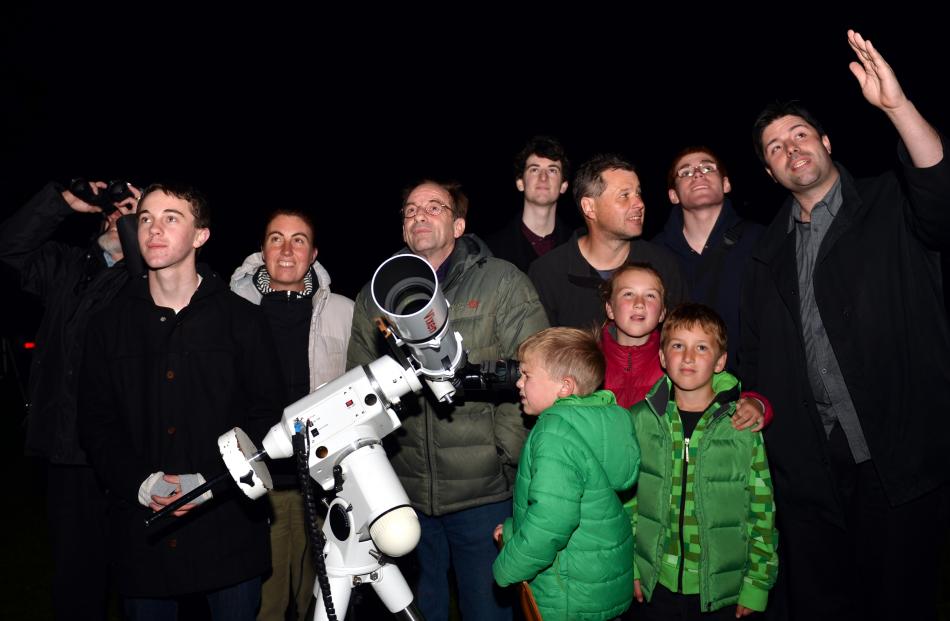 A crystal-clear night showed why Dunedin was one the best spots in the country to witness last night's total eclipse of the moon.

Between 11.25pm and 12.25am, the moon was totally eclipsed, turning it a reddish colour.

Sunlight is composed of a range of frequencies, and as it passes through our atmosphere, the red portion of the light spectrum is the one that is filtered out least.

Depending on how much dust, humidity, and the temperature within our atmosphere at the time of the eclipse, the surviving light can illuminate the moon in colours ranging from copper to deep red.

''What the moon is seeing is all the sunsets on Earth at the same time,'' Dr Griffin said.