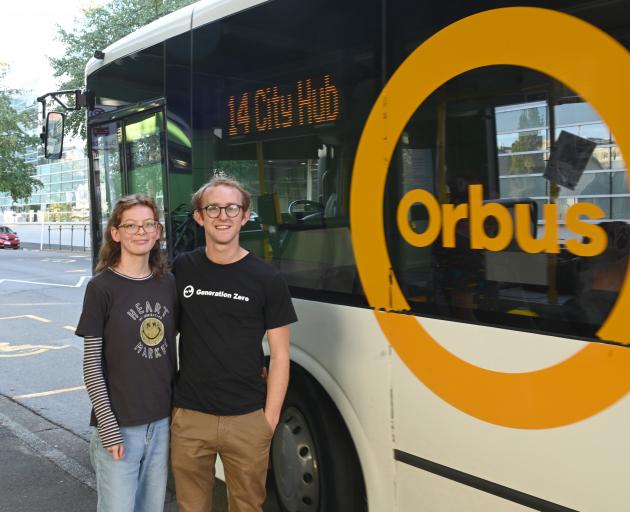 Public transport was a common topic among those who spoke to Otago regional councillors during hearings for the long-term plan 2021-31 yesterday.

Generation Zero’s Adam Currie said bus fares should not be expected to cover as much of the cost of running buses as they do.

Reducing fares could help increase bus patronage and support the council’s ambition of getting people out of private vehicles, he said.

Dunedin Mayor Aaron Hawkins said it was still the city council’s view it should govern and plan public transport.

While it would not mean the bus service would “magically” improve, the city council was in charge of every other part of the transport network and it made sense for one council to run the entire system, he said.

Forest & Bird Otago Southland regional conservation manager Rick Zwaan said he would like to see public transport expand in areas that were under-served or not served at all in Otago.

This is just more fake environmentalism. When will a real environmentalists bother to work out that the average person on a Dunedin bus puts out MORE carbon than a single person in a large SUV. The carbon output of putting people in diesel buses is a disgrace - it's environmental vandalism. Getting people out of buses (and larger vehicles) into small cars, hybrids and E Vs would massively reduce carbon output. As would INCREASING car parks, so that a 10 minute journey into town takes 10 minutes - not 20 because of difficulty finding a park and extra congestion.

I totally agree most of these oversize obease buses being diesel use around 40l to 50l per 100km traveled so when most are empty what's the carbon cost per pax.
Better still why don't the Otago regional council publish the passenger numbers and separate them to student fare vs adult fare and get a real idea on the actual numbers vs empty seats each trip the bus makes ie a percentage of utilisation bet it's low.The bee card is all electronic so getting this data should be very simple.

I must be a real environmentalist then because I agree with you. The millions upon millions of dollars poured into trying make our buses and trains fit for the 20th century society they we designed for is a huge waste of money that would be better invested elsewhere. I challenge the ORC and ODT to publish the carbon footprint or litres of fossil fuels consumed by Dunedin's public transport operators.

And of course Generation Zero are going to pay for this? Oh, of course, everything lands on their plate for free, money groes on trees.