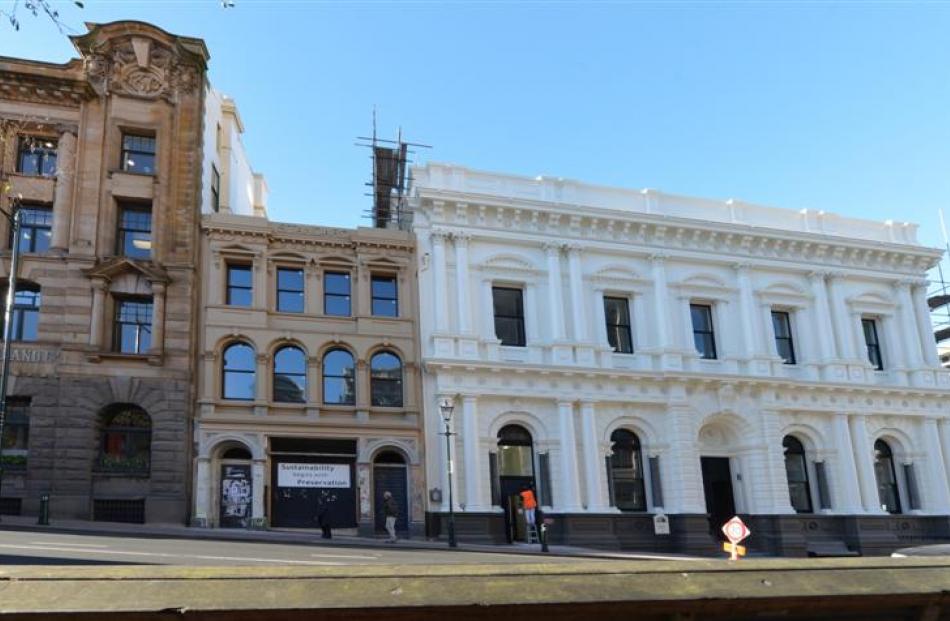 Dunedin's former commercial heart - the Exchange - will pulsate with new life next week.

The occupation of the building, which is considered architect William Barnett Armson's (1834-1883) masterpiece, follows an 18-month restoration project.

''The building is dramatic and one of a kind.

''We have to celebrate the unique features we have here in Dunedin and heritage is certainly one of them. The Exchange was the heart of New Zealand's economy when it was built.''

The building had been untenanted for the past 13 years.

Van Aart Sycamore Lawyers had been based in Radio House for the past six years and the move would be good for the Exchange, Mr van Aart believed.

''It's nice to see the renaissance in confidence in the area.

''With Silver Fern [Farms] also moving into the old chief post office, it will give the Exchange momentum.

''The shops will do better and it will give the whole area more impetus,'' Mr van Aart said.

''We also found a ceiling in the foyer that had been covered up in plastic for 60 years. It would be equivalent quality to the historic one in the old bank chamber.''

The company's 14 staff would be based on the first floor from Wednesday, while The Fix coffee bar had been confirmed as a ground-floor tenant, Mr van Aart said.

''We are also in discussions with a prospective tenant for the main banking chamber.''

Mr van Aart paid tribute to the Dunedin City Council and Historic Places Trust for their help with the refurbishment.