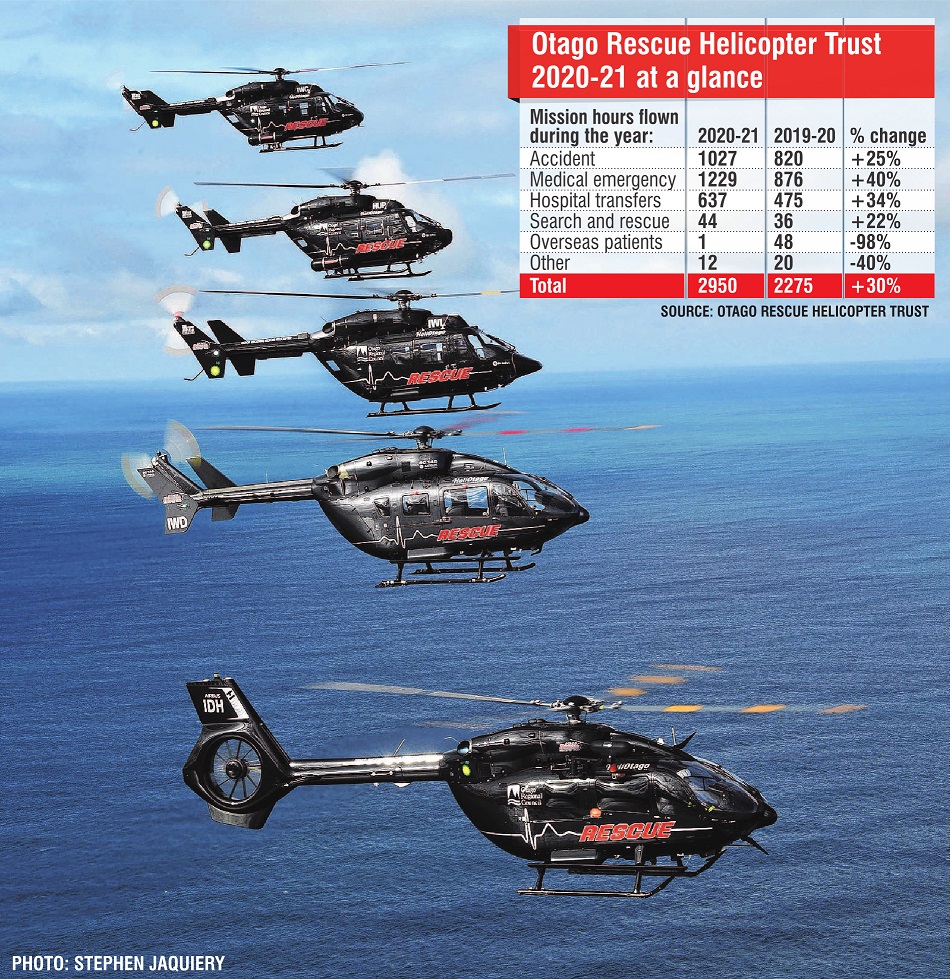 The rescue helicopter service took part in a record number of rescues and flew 30% more mission hours than last year.

Mr Woodhead said there had been significant growth in the number of patients dealt with by rescue helicopters over the past year.

Helicopters had picked up 1703 patients across the lower South Island last year, an increase of 28%, which meant helicopters were attending four or five emergencies every day.

Because many life-saving procedures could not be undertaken outside Dunedin, HeliOtago and the Otago Rescue Helicopter Trust played a vital role in retrieving patients for medical emergencies and transfers, as well as responding to accidents and search and rescue operations, the trust and council said in a joint statement.

The trust’s presentation to councillors last week highlighted the challenges some funding groups had because of restrictions on gatherings due to Covid-19.

But they said groups had changed plans and the long stretch of Alert Level 1 without restrictions in the first half of 2021 allowed a variety of fundraising activities to go ahead.

It concerns me with Covid how the helicopters and ambulances are going to keep up with taking people to Dunedin hospital when they are already pretty committed with the wonderful and essential services they provide daily.