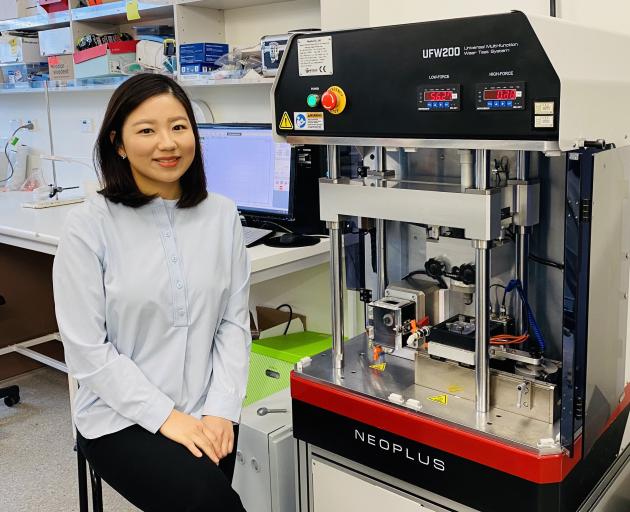 It is hoped the new technology will replace the common metal capping material used on New Zealand children’s teeth when they visit public dental services.

"I’m very optimistic because I’ve been working on the project for a few years with my research team," Dr Choi said.

"I believe that we can develop the new dental crown system to help kids, families and social wellbeing."

The existing stainless steel caps were fitted over decayed teeth without any surgical intervention, making them a convenient choice for treating children with tooth decay.

However, there were issues with the existing metal caps, including that their size did not suit some New Zealand youngsters.

The caps were pre-formed and came in different sizes but Maori and Pacific children’s teeth were often bigger than the caps for children.

This research had been largely enabled by an initial $23,000 Cure Kids research grant, recently followed by a $14,215 grant, the latter running until next July.

By the end of next year, Dr Choi said, a prototype would be ready for clinical trials — likely to run for one to two years.

It was "certainly satisfying" to work on the project, given that both children and parents could be adversely affected by the metallic look of children’s mouths if they had several metal caps, which also indicated they had decay, she said.

Tooth-coloured crowns already existed for adults, but were often unsuitable or unavailable for publicly funded care for children.

Dr Choi aimed to develop a new plastic material that worked like metal crowns and was affordable but "looks like the tooth-coloured crowns".

A team was assembled to help, and Dr Choi was joined by fellow Otago researchers Prof Warwick Duncan, Prof Neil Waddell and Honorary Associate Prof Foster Page, the latter having earlier inspired Dr Choi through comments in a talk.

Working with a Dunedin maker, she said her caps could be used within a few years.