Reservoir to be lowered 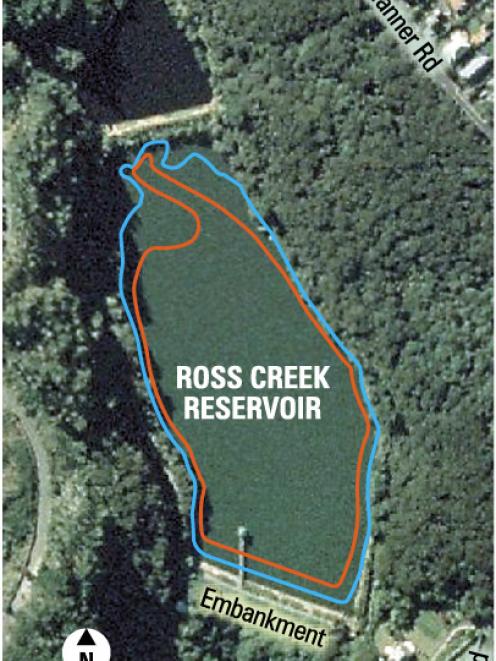 Dunedin's Ross Creek reservoir is to be lowered an additional 2.7m to lessen the risk of collapse from "low to inconceivable", as the city prepares to make a final decision on the future of the picturesque facility.

The change will mean there is just half the volume of water left in the reservoir, although Dunedin City Council water and waste services manager, John Mackie, said yesterday there would be enough water to retain both the aquatic life in the reservoir, and its amenity value.

Dunedin City Council staff recently discovered another crack in the reservoir dam, a 10mm to 20mm wide, 4m long crack found after the magnitude 6.3 earthquake in Christchurch on June 13.

But Mr Mackie said yesterday staff were not certain the crack was a result of the earthquake, as it may have been there, unobserved, for some time.

There was concern last year about the reservoir, after cracks wider than a fist were discovered in the 144-year-old structure, following torrential rain in May.

A $27,000 irrigation system was installed to deal with dryness in the core of the dam, and the level of the reservoir was lowered by 2m.

Mr Mackie said staff had "dashed up there" after the June 13 earthquake, which was felt in Dunedin.

Despite the crack not being considered to be related to the earthquake, it was decided to lower the water level another 2.7m to dispel any concerns, including those of the Otago Regional Council, which had raised concerns about the dam's stability.

Ross Creek is no longer used as an operating reservoir, as it was taken out of commission in 1999 when new treated water reservoirs were completed at Mt Grand.

Mr Mackie said the lowering of the water would begin on Monday, and would be done gradually over a period of six weeks.

Apart from reducing risk, it would enable a detailed assessment of the embankment and an investigation into the rate of sediment accumulation to be carried out.

Fish and Game had been informed.

Mr Mackie said a report would go to the council later this year on the future of the reservoir.