Residents urged to keep an eye out for pukeko 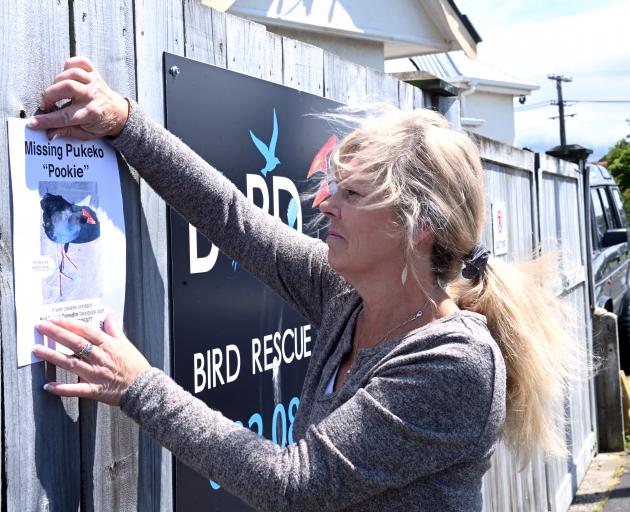 Pookie the pukeko has been a regular helper at Bird Rescue Dunedin where he has lived for the past two years, but did not show up for work last Saturday.

Bird Rescue Dunedin owner Sue Cook said Pookie was dropped in to the St Kilda-based centre after flooding in Alexandra separated him from his parents.

"A lady tucked him down her bra and brought him to me.

"He wasn’t in very good shape, so we had to tube-feed him for two weeks, but he survived."

During that time, Ms Cook forged a close bond with the bird.

Since then, she had gained permission to keep Pookie at the centre and he had helped raise all the wild baby pukeko that were brought in.

"He’s nurtured them, fed them, built nests for them — he was a really big asset here.

"He wasn’t a pet. You could say he was a volunteer here.

"Everybody loved him and he
was a big hit with the kids that
came around."

Before that, he had been acting uncharacteristically.

"He’d been wanting to stay inside at night for about three weeks. I wondered if fireworks were frightening him.

"It’s not in his nature to disappear. If he had been blown over the fence, he usually just stayed around until someone opened the gate and let him back in."

She said Pookie had a blue leg band and asked Dunedin residents to keep an eye out for him.