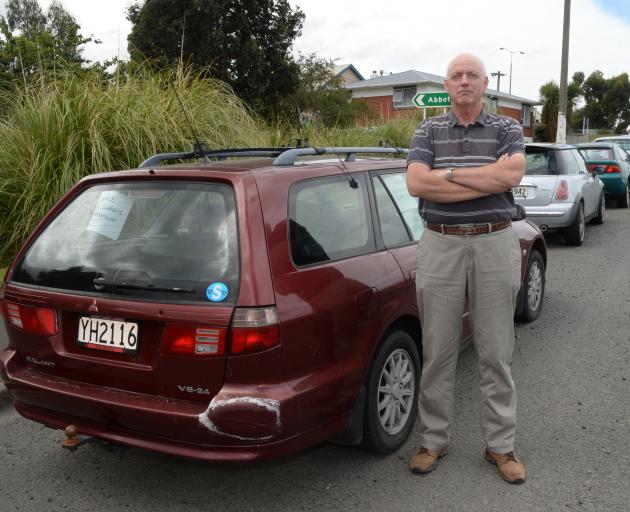 Abbotsford resident Ian James said the number of parked cars for sale on the side of a section of Main South Rd in Abbotsford had increased.

The vehicles are parked in the spaces before Abbotsford Rd and a State Highway 1 on-ramp.

"For the last few years it has become a car sales lot," he said.

The car parks were once used for people car pooling to Dunedin and Milton but this was no longer possible, he said.

Some of the cars for sale were parked long-term including a "wreck of a car" — a Mitsubishi Galant which had been there more than two months.

"He’s not going to get what he’s asking ... If you’re selling a car you usually put a bit of paint over the bog you’ve put in it — don’t you?"

The owner of the Galant, who did not want to be named, said Mr James had called him and asked if the vehicle was abandoned.

The car was not abandoned and even though the car was being sold "as is", labelling the car a wreck "was a bit of an exaggeration", the seller said.

The seller was in the Bay of Islands this week and was unable to move the vehicle.

He would be in Dunedin next week. If the Galant had not sold, he would move it and try to sell it another way.

They said no issues had been reported.

"The location means no residents or businesses are directly affected and it is not an area that warrants a time restriction."

Anyone with concerns should contact the council, he said.