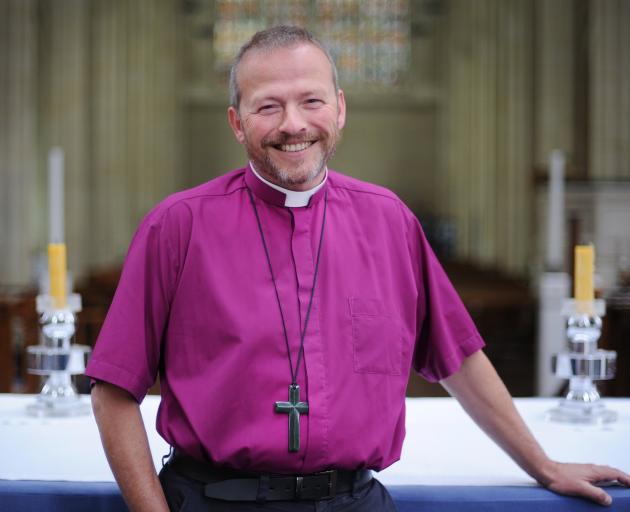 For this reason, neglected churches with struggling congregations should be able to "die with dignity", he said.

"What does it say to society in general if you have a crumbling place that’s falling down with a sign that says Anglican Church.

"It’s a bit like a funeral for a loved aunt.

"We have to thank God for what’s happened, but acknowledge that things have moved on."

Dr Benford  was ordained at St Paul’s Cathedral in September.

He is a former doctor and for many years juggled preaching and practising medicine.

His first four months in the role had been "exhilarating", he said.

"There has been an awful lot of learning. I need to find out more about what it means to be a Christian in the area. There are many differences in the style of worship, even just in Dunedin."

Although he did want to expand the congregation, this did not just mean "bums on seats" during services, he said.

"I’d rather people take that faith and live it through the week. That to me is more an expression of growth."

The church should be inclusive and welcome people "regardless of gender, colour or sexuality," he said.

However, as to issues which divided the church such as gay marriage Dr Benford (56) said he did not want to express his opinions publicly.

"If I come down as completely partisan on something that actually offends or hurts other people, it’s not going to show the sense of unity which a bishop should be providing."

Although one issue he would publicly stand against was the End Of Life Choice Bill, which he was drafting  opposition to with signatures from other bishops.

The difference was he thought it was "insidiously dangerous", he said.

He was not pro suffering, but thought it would be harmful to allow someone to administer drugs with the intention of ending a life, he said.

The thought that a bishop was above the congregation was "dangerous", he said.

"People are trained for certain jobs such as cleaning or coffee-making. Some are trained to be the preacher, but that doesn’t mean you are a sage.

"I often find it difficult to preach from a pulpit because I don’t like the idea of being above and looking down."

Dr Benford most recently relocated from London, but worked as a GP in Oamaru in the 1990s.

His connection with New Zealand comes through his wife, Lorraine, who was born in Dunedin and grew up in Gore.

They have four children.