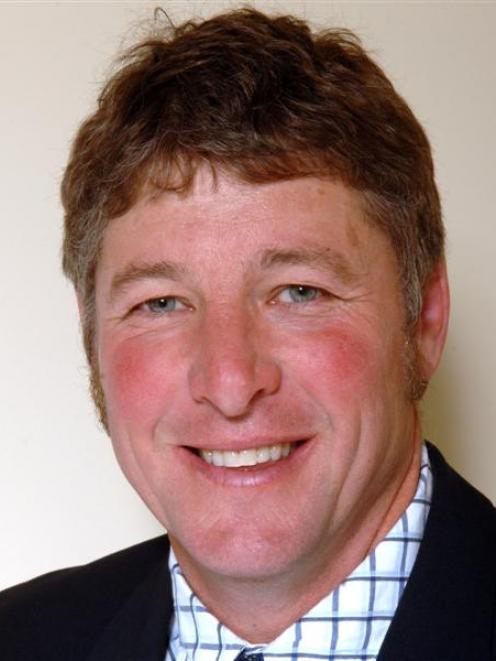 Andrew Noone.
Dunedin residents will have two recycling bins if the latest city council "preferred option" is adopted.

But despite what should be an easier collection for the company that wins the contract, the price to ratepayers is set to double.

And a report on the issue shows the number of black bags being used has dropped from about 1.8 million to 1.5 million as the cost of the bags has jumped by 88%.

Cr Andrew Noone yesterday released the council's preferred option after months of debate and public consultation that attracted more than 620 public submissions.

A previous proposal for a wheelie bin for recycling is still on the table but no longer recommended.

Instead, the report details a system in which every household would get a new yellow bin for plastics and cans, to be used on alternate weeks with the blue bin, which would be used just for glass.

The cost of recycling is estimated to rise from $35 to up to $70, paid for by a fixed-charge rate.

If the council agrees to the recommendation at an extraordinary infrastructure services committee meeting on Friday, the service could be put out for tender in mid-January.

The earliest it could be introduced is next December.

The council also has to decide on the length of the contract.

A three-year contract for the preferred option would cost up to $88.

Asked why the cost had increased so much with no extra service and better sorted waste, city environment general manager Tony Avery said estimates had varied and the exact price would not be known until the tender was completed.

The council had been benefiting recently from paying less than the tender was worth.

At present, contractors kept the waste for sale, but that issue would need to be considered during the tender process.

Asked the same question, Cr Noone said he could give no answer other than that was the indication from contractors under present market conditions.

"It reflects where the market's at, and the costs associated with the service."

The council had already indicated prices for staying with the status quo would rise because of what contractors had indicated.

Cr Noone said consultation had produced no clear preference.

The need for recycling varied widely between families with children and those living alone, and consultation suggested those who used less should pay less.

"We needed a flexible system," he said.

The option recommended separating glass from plastics and metal, which maximised the value of the recycling, as less of the waste was "contaminated".

Contractors got a better price for materials that were separated.

The council would also offer the successful contractor the opportunity to negotiate with householders to provide extra recycling, but ratepayers could not opt out of the basic service.

There would be no green-waste collection under the option.