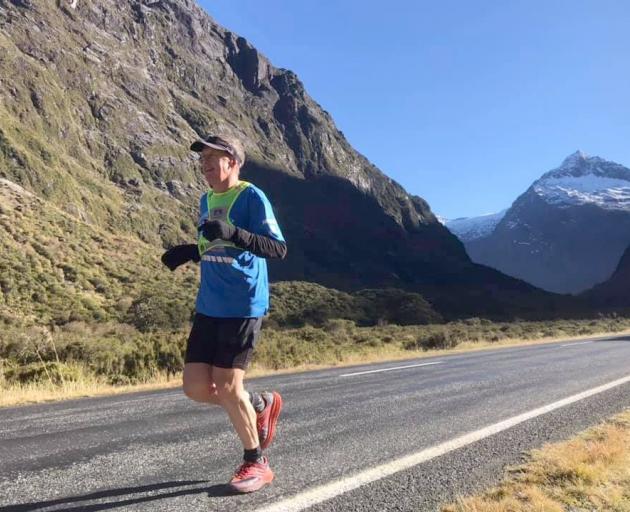 The Dunedin man’s five-day, non-stop run of 580km from Milford Sound to Mt Cook, wowed friends and supporters, and raised more than $15,000 for the Otago Community Hospice.

"Everyone wants to rally, and see him achieve what he wants to do — and he damn well did it."

Yesterday evening, Mr Sutton was asleep in Twizel while Mr Adams was on the way home to Dunedin via Queenstown to drop off a camper van used as a support vehicle.

"He is just an absolute machine," Mr Adams said.

"Lots of people go and run the length of New Zealand — that’s been going on forever — but most of those people will get up the next morning and start at this spot and away they go.

"Glenn basically would have a 20-minute sleep and then carry on. That was it."

There was an incident on the final leg that forced him to rest for an hour, but at one stage, Mr Sutton ran for 100 consecutive hours, Mr Adams said.

Mr Sutton left on May 6 and ran until yesterday afternoon.

Last year, during lockdown he ran 610 laps — the equivalent of a marathon — around the outside of his Waverley house.