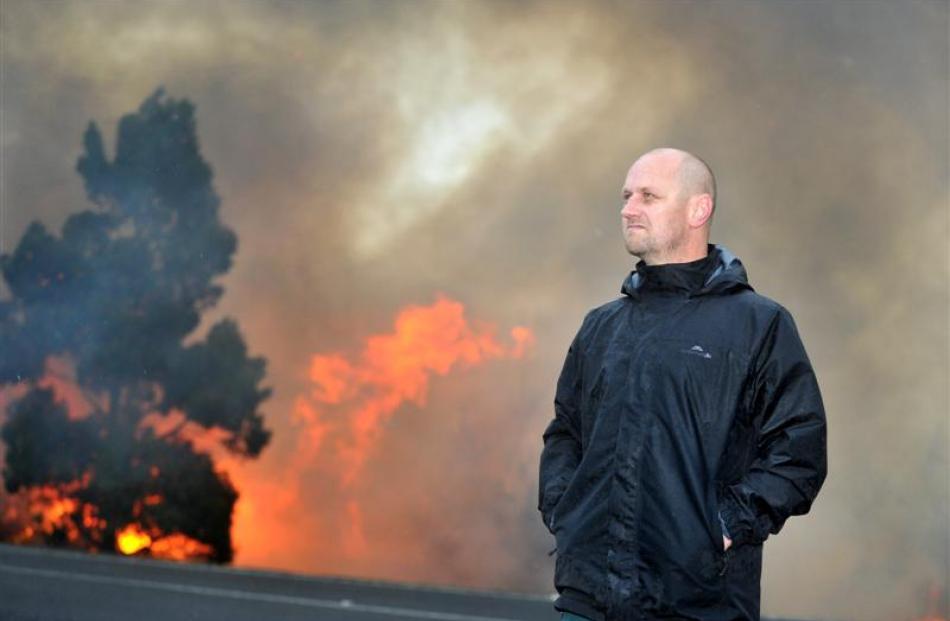 Alan Stout stands near his home in McMaster Rd in Saddle Hill on Wednesday. Photo by Christine O'Connor. 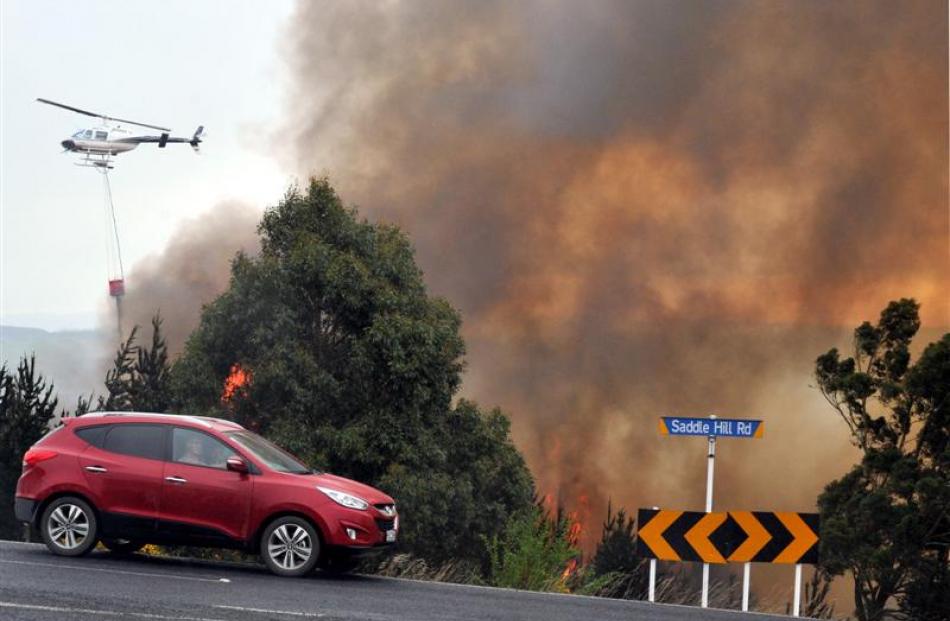 A helicopter battles a blaze at Saddle Hill on Wednesday. Photos by Christine O'Connor. 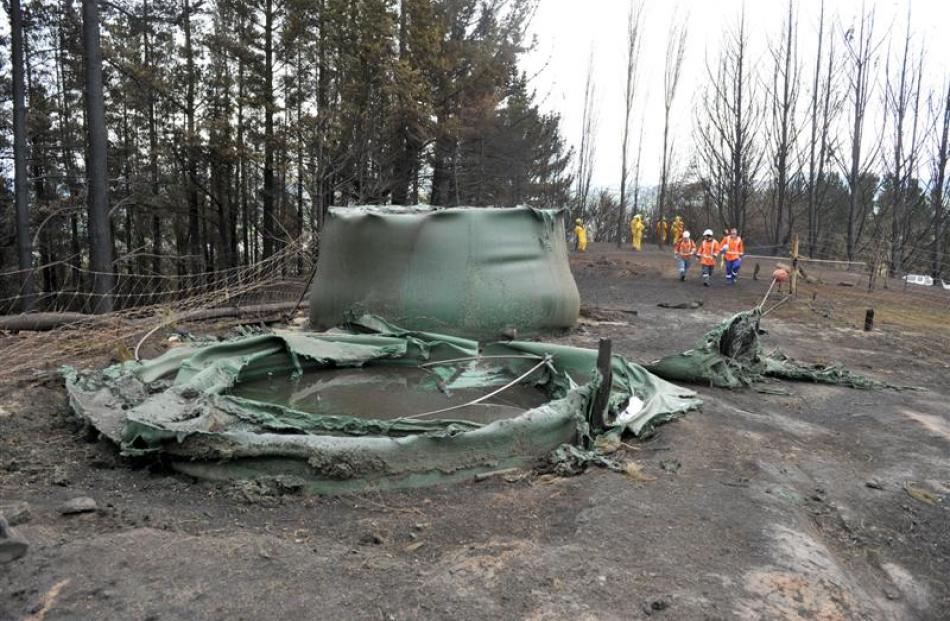 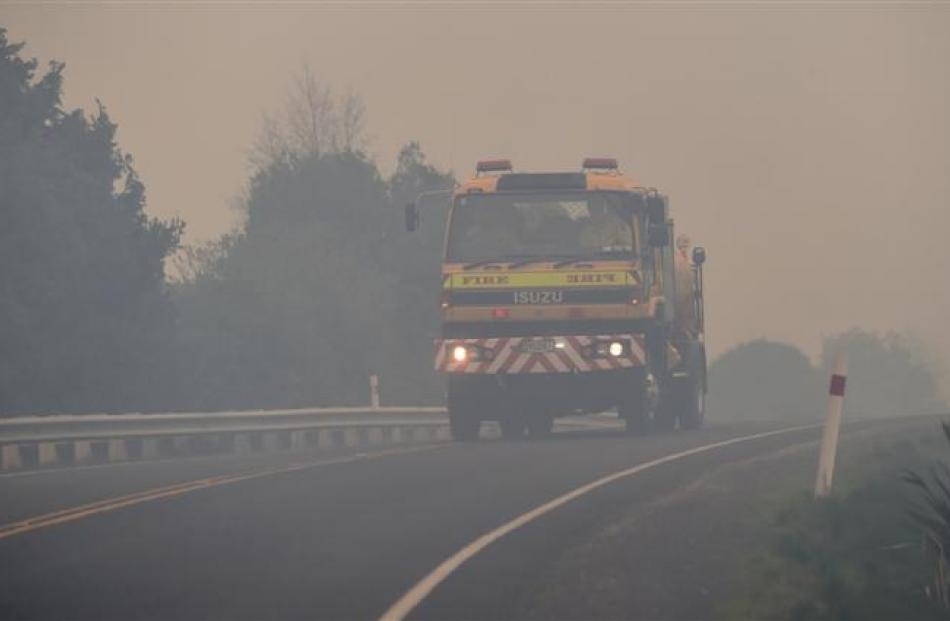 A water tanker travels along Morris Rd to battle the blaze on Wednesday. Photo by Peter McIntosh. 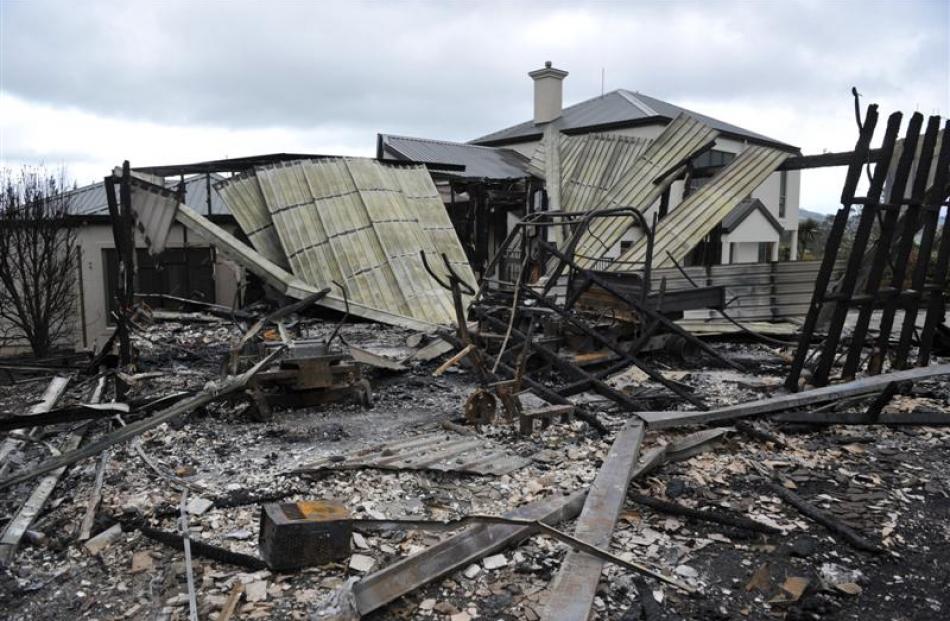 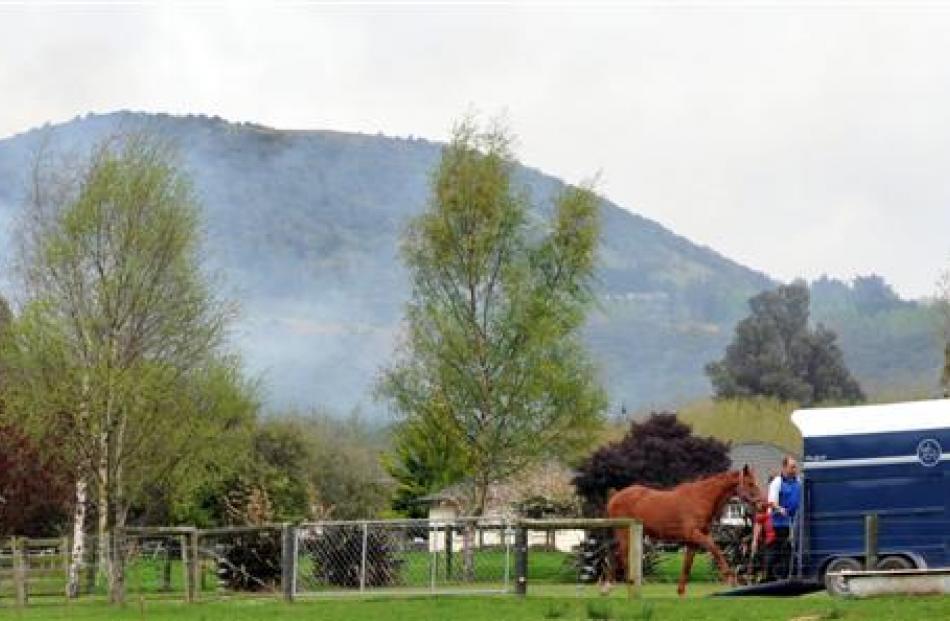 Stu Black loads a horse on to a float as he evacuates animals from his property in Old Brighton Rd, Fairfield, on Wednesday. Photo by Christine O'Connor. 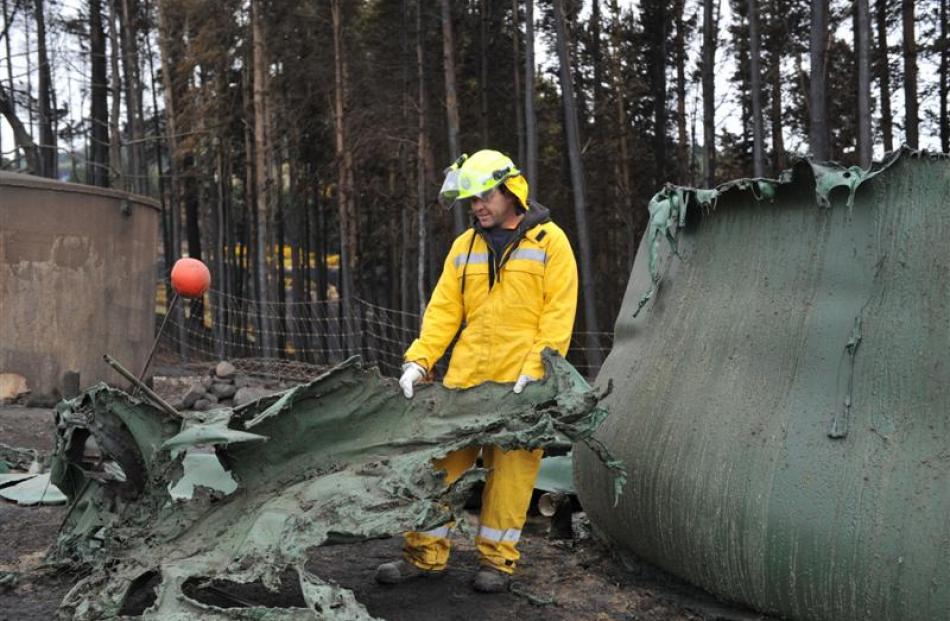 Firefighter Rayel Newman, of Brighton, holds part of a melted water tank on a property in Coalstage Rd on Thursday.

Last week's blaze on Saddle Hill provided a stark reminder for Taieri residents of the dangers a hot, dry summer could bring. The National Institute of Water and Atmospheric Research (Niwa) is predicting one of the driest summers on record as El Nino grips the country. Tim Brown reports.

Nine structures - including two homes - were damaged by the blaze which swept through between 50ha and 100ha of land and put one woman in Dunedin Hospital with serious throat burns.

''Keep a bit of defensible space around their structures, especially living in the rural areas.

''Keep their lawns mowed and spouting clear of debris.''

Those carrying out permitted burns needed to watch the fire danger and ensure their fires were out.

''They have got to make sure it's fully extinguished.''

Simple things such as keeping lawns short and Rapid numbers visible from the roadway could make a big difference to firefighters attending rural callouts, he said.

''That's the work they can do prior, so if there is a fire their property is defensible.''

The Saddle Hill fire now appeared to be under control, but firefighters would maintain a watch on it until the area received heavy rain.

''It's looking pretty good, but you never say never until you get a lot of rain,'' Mr Still said.