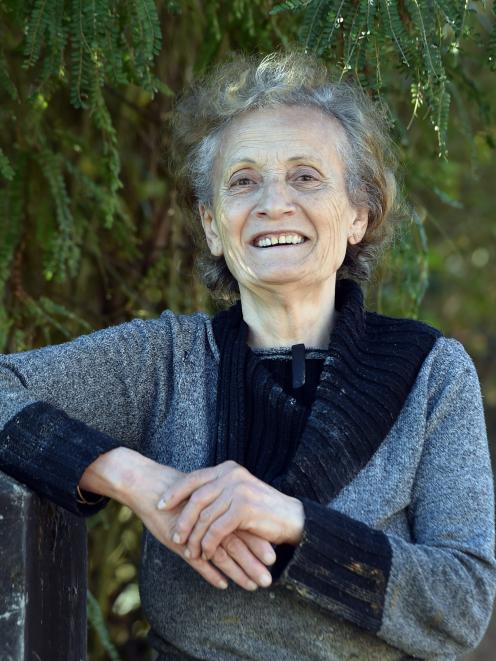 Dunedin’s Afifi Harris has been a strong supporter of the city’s refugee community. PHOTO: PETER MCINTOSH
For Dunedin’s refugees, their arrival in the city was the start of a new, safe life. Daisy Hudson looked at how the city’s designation as a refugee resettlement centre five years ago has affected its new residents.

Five years ago, a group of people stepped off a plane at Dunedin Airport and stepped into a new life.

Their arrival marked a major milestone in Dunedin’s history, and a pivotal moment in their own.

It has been five years since Dunedin’s first intake of refugees in April 2016. The city was announced as New Zealand’s sixth refugee resettlement centre in late 2015, after months of lobbying by the community and city leaders.

The wheels immediately spun into motion. Hundreds of volunteers were recruited, accommodation was secured, and services to help with health, education, employment, and language were deployed.

At the heart of it was Red Cross national migration manager Sue Price, who was involved in setting up the new programme in Dunedin.

A big part of her role was working with agencies to ensure every ounce of support refugees needed was available in the city.

"Key to that is having volunteers trained and ready to support a family," she says.

"We came up with a bit of a formula for how that would work, and we’ve adjusted that and used it for the subsequent locations that we’ve set up."

Then there was informing the public about their new fellow residents.

"People just responded in such a fantastic way, I just can’t thank the Dunedin community enough for all of the support they gave this whole concept."

Since then, 713 refugees have made Dunedin their home.

It has not always been a smooth ride. Some families have battled to find adequate housing, while others are still struggling to assimilate into their new country.

The intake dropped to just 30 refugees in 2020, yet another example of Covid-19’s far-reaching consequences.

Despite the challenges, most families report feeling safe and happy in the city.

Dunedin Mayor Aaron Hawkins says the Dunedin community has a really strong volunteer work ethic, and that that has contributed to the success of the programme.

"There’s always a benefit to the community in being able to share in and understand other cultures and other perspectives," he says.

"Two years ago we’ve seen an extreme example of what happens when you don’t have a strong understanding of other cultures and other perspectives, and that’s something that we always need to be mindful of."

One of the most ardent supporters of Dunedin’s refugees is Afifi Harris.

Originally from Lebanon, Mrs Harris knew all too well how difficult it could be to integrate into a new country and culture.

Having grown up with Syria as a neighbouring country, she knew the language and the people. Many Syrian refugees fleeing the country’s bloody and brutal civil war fled to Lebanon.

"I wanted to be there for them, so they can feel relaxed," she says.

One of the initiatives she undertook was raising money so female refugees could take driving lessons and get their licences. It gave them their independence.

She would love to see a centre established where refugees can get together and engage with other people from their culture.

"They know if they need anything, I’m there for them."

He got involved for a couple of reasons — firstly, he was treated "wonderfully" when he backpacked through Syria in the 1990s.

"I was also keen for Dunedin to not let itself down as a refugee resettlement centre and I wanted to be part of making sure we, as a city, gave our new residents the best possible welcome we could, especially after the trauma that many families have gone through prior to reaching our shores."

The role was a varied one, including everything from driving the family from the airport and arranging for power and phone connections, to introducing them to neighbours and helping children get set up at school

He describes it as one of the most rewarding things he has done.

"I now have some new best friends; in fact, I have a second family.

"My wife and I have no children but I take immense pleasure in watching my four Syrian children grow into smart, happy, kind and accomplished Syrian-Kiwis.

"Watching them grow and become more confident and assimilated often brings tears of joy to my eyes, I love my family so much and what they have achieved; I have been a small part of that, but largely they have achieved everything through their own determination." 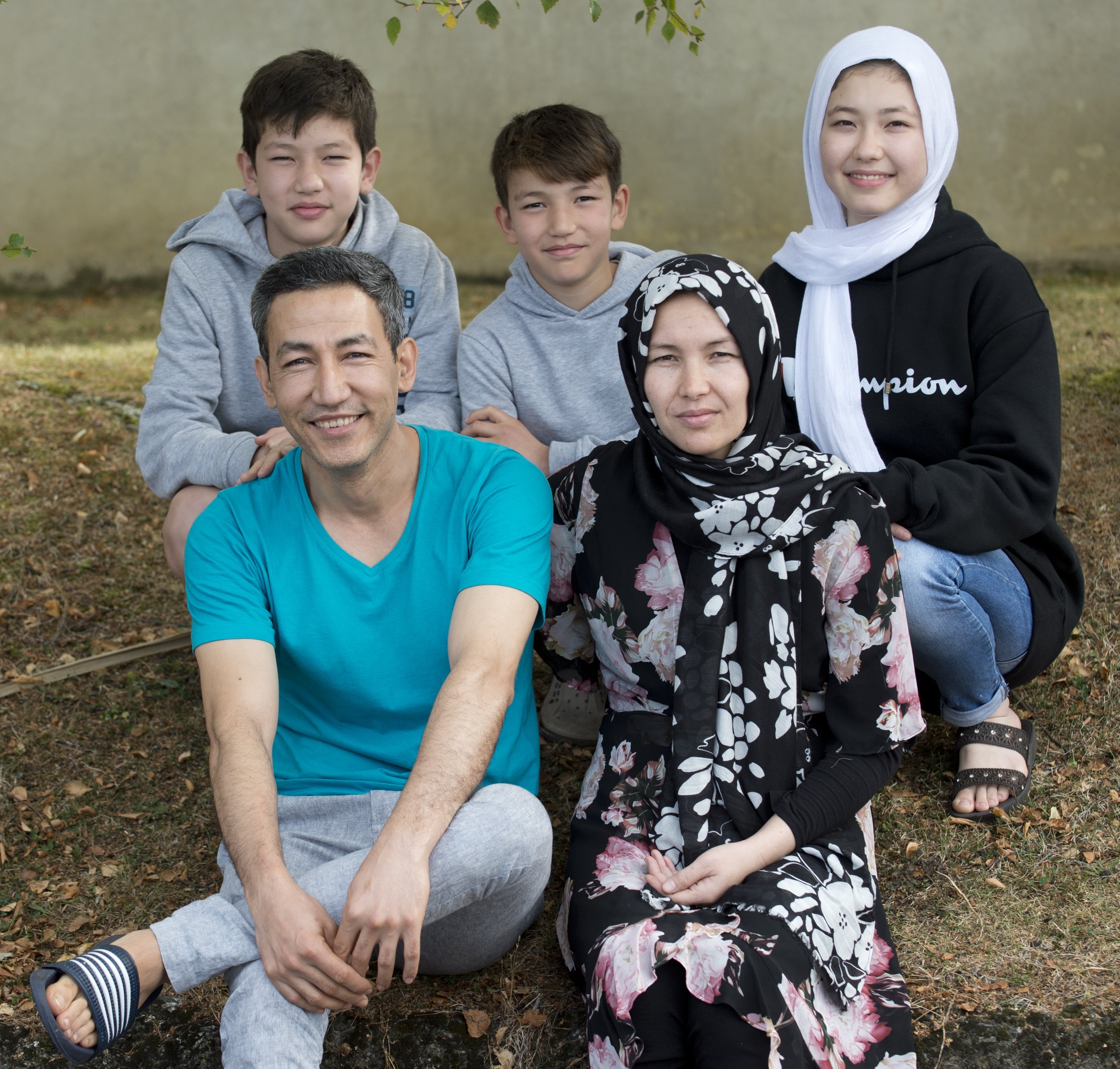 Simply arriving in a new country after escaping their own does not automatically make for an easy life, as the Ahmadi family has discovered.

Reza Ahmadi, his wife Abedah Jaffri and three children Sumaya, Ali Sina and Amir Ali arrived in Dunedin in 2019, after leaving their native Afghanistan for Indonesia, and then New Zealand.

He had been living with his family in Iran, but was deported back to Afghanistan while his family remained behind because he did not have the appropriate paperwork.

While travelling to Kabul to get a passport he was arrested by members of the Taliban, who thought he was a spy.

He was able to make a daring escape in the middle of the night and reunite with his family in Kabul.

They travelled to India, Malaysia, and Indonesia before learning they would be accepted as refugees in New Zealand.

The transition to their new country has been difficult for the family. Not only is there a language barrier to contend with, but Mr Ahmadi also has hearing issues. That makes it incredibly difficult for him to communicate in English, as he fears mishearing people, and then not having them understand him.

He was a tailor in Iran, but has been unable to find work in Dunedin.

"I’m not feeling socialised here, and that has resulted in me feeling depressed," he says.

"If I have problems, I need somebody to sit and talk to me.

"I cannot find a Kiwi man and start talking to him about my problems, because I am not fluent in the language and the other person would not understand me."

He is struggling with a lack of support, and has already had to move house because the first rental the family went to was in poor condition. He also worries about his children, who have struggled to make friends.

"We have learnt to solve our problems ourselves.

"There is so much pressure on us, I’m afraid that some day we will have to abandon Dunedin." 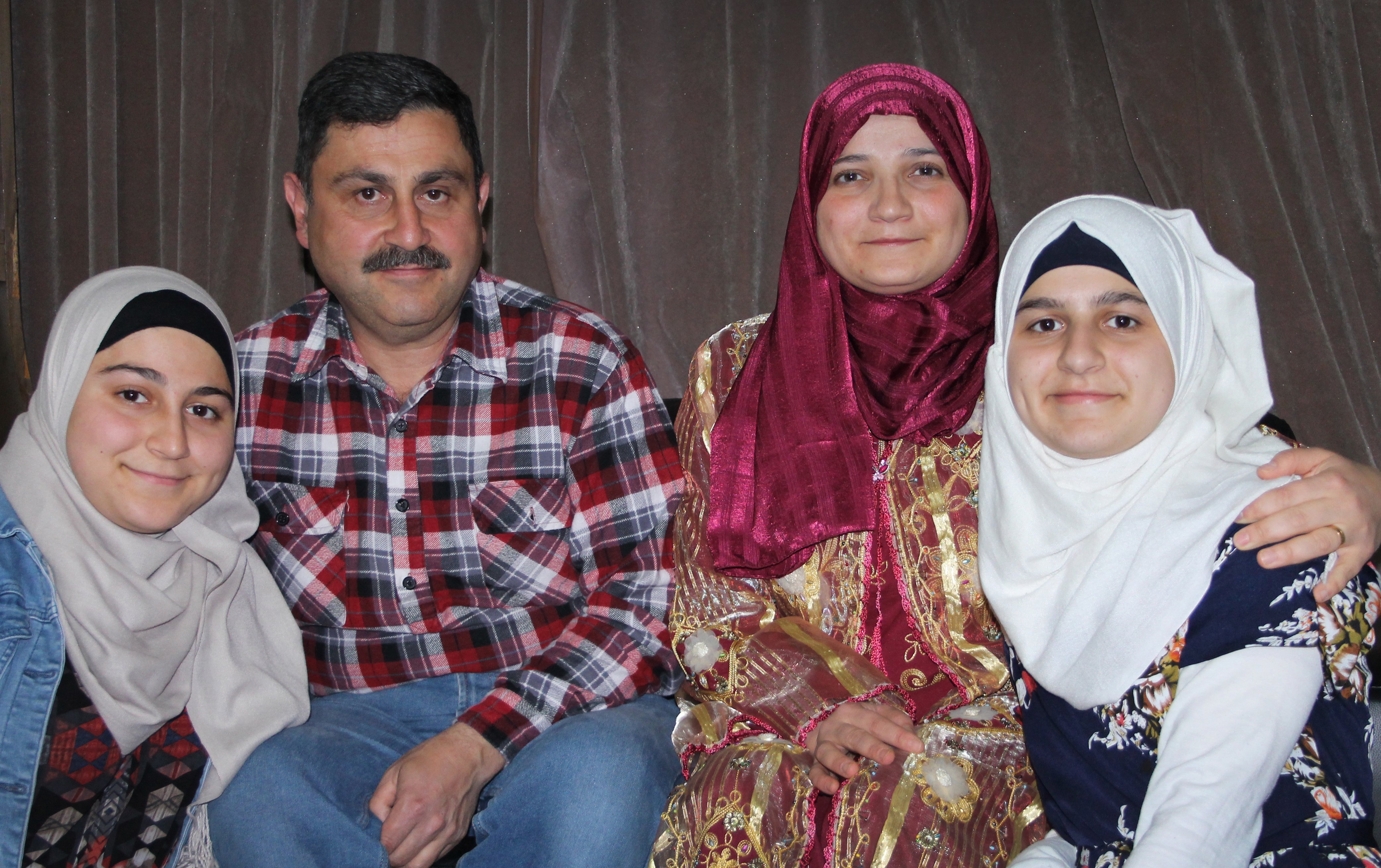 When Waad Alsaid heard her family was moving to New Zealand, she checked a map of Europe.

She had initially been told they would likely go to Germany, so she assumed New Zealand was in the same part of the world.

Upon consulting a map, and struggling to find it in the northern hemisphere, they realised their new home was on the other side of the world.

"I told my husband, ‘No worries, we want to escape to anywhere’."

She, husband Ghassan Ghazzoul, and daughters Nagham and Naya escaped Syria in March 2015 after Mr Ghazzoul’s brother was killed by the Syrian Government.

"We were really worried for our daughters, because there were lots of explosions," she says.

Worried they were in danger, they left everything behind in Damascus and fled to Lebanon.

Mrs Alsaid worked to help other refugees in Lebanon, until her family was accepted to go to New Zealand.

"It was hard. I can’t express what our feelings were at first," she says.

They were thrilled about having a safe place to live, a safe place for their daughters. But they were also afraid.

Everything was different, from the language to the currency.

But the family has adapted remarkably well.

Mrs Alsaid works at Education Perfect as an instructional designer in Arabic, while Mr Ghazzoul is an electrician for Delta, the same kind of job he held in Syria.

Both daughters are studying at Otago Girls’ High School, and Nagham is planning to study at the University of Otago next year.

The family paid tribute to the support they received from the Red Cross, saying they were very grateful.

"We achieved our dream of getting to a new place," Mrs Alsaid says.

Nawal Haroura knows how tough arriving in a brand new country can be.

So, since arriving in New Zealand with her family as refugees, she has worked to help children adapt to an unfamiliar language.

The war was too tough for them, she says.

"It was horrible for us, having rockets and bombs around, and the Government were tough with us."

Schools were not operating, and neither was Mr Haroura’s work.

"There was no way to have a good life."

They went to Lebanon and were assisted by the United Nations. But they found life tough there, too, saying Syrian refugees were treated as lower-class.

They arrived in New Zealand in 2016 with young children in tow, including little Lina who was just 3 years old.

"We were worried about lots of things, like the culture, the people, schools, we were so afraid of people not accepting us," she says.

"But when we arrived to Dunedin the Red Cross helped us a lot, they gave us all the support we needed."

Mrs Haroura now works as an interpreter in schools, helping children in schools and kindergartens.

She also helps liaise between families and schools, to ensure families know how the school system works.

She says her own children have settled in well at their respective schools.

"I love it, I love playing on the playground." 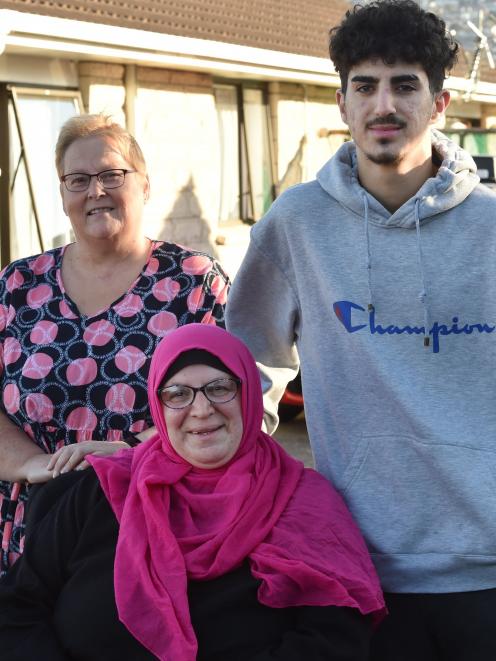 For Wafaa Al Ashram, life really began when she arrived in New Zealand.

The 52-year-old has a disability that means she is unable to walk.

For most of her life in her native Syria, she had a wheelchair that had to be manually pushed.

She was reliant on family to go anywhere, and could go for a week at a time without going outside.

Now, able to zoom around South Dunedin in her electric wheelchair, she is living an independent life.

"I am really happy, excited for me."

She decided to leave her home country when tragedy struck her family. Her son, Mustafa Al Hamwi (20), was killed in 2014 when he refused to fight in the civil war.

She also lost her house, and could no longer enter the area where she had once lived.

She later learnt she would be accepted in New Zealand as a refugee. She knew nothing about Aotearoa other than the country’s name.

The first few weeks were really hard, but she had a lot of support.

"I’m so thankful for all the people around me."

She still has family in Syria, and as well as the struggles of the war, they have been hit hard by the pandemic.

Her sister has Covid-19 and she recently lost another young relative to the virus.

While being so far away from family has been tough, she is happy to have made New Zealand her home.

She is hoping to make that permanent, having applied for citizenship.