By John Lewis
0 Comments
A reliable engine, a heavy accelerator pedal, some brakes, good seat harnesses, a roll-cage and some window wipers are important in a rally car.

But a roll of toilet paper in the glove compartment is optional, New Zealand Rally Championship scrutineer Dave Robb said yesterday as he checked over all the cars competing in this weekend’s Otago Rally.

"The cars still have to be road legal, but they are very different to the average family car.

"All the mod-cons are gone. It’s to make the cars lighter.

"There’s no back seat, no hood linings, no carpet, no air conditioning — not even heaters.

"They have plastic windows — some of them can be wound down — but there are definitely no electric windows.

"The only luxury would be a roll of loo paper — for the co-driver probably."

Mr Robb was joined by rally organisers and Otago Polytechnic automotive students yesterday to scrutinise each competing vehicle to make sure they were safe before heading into dangerous territory around some of the region’s greatest rally routes today. 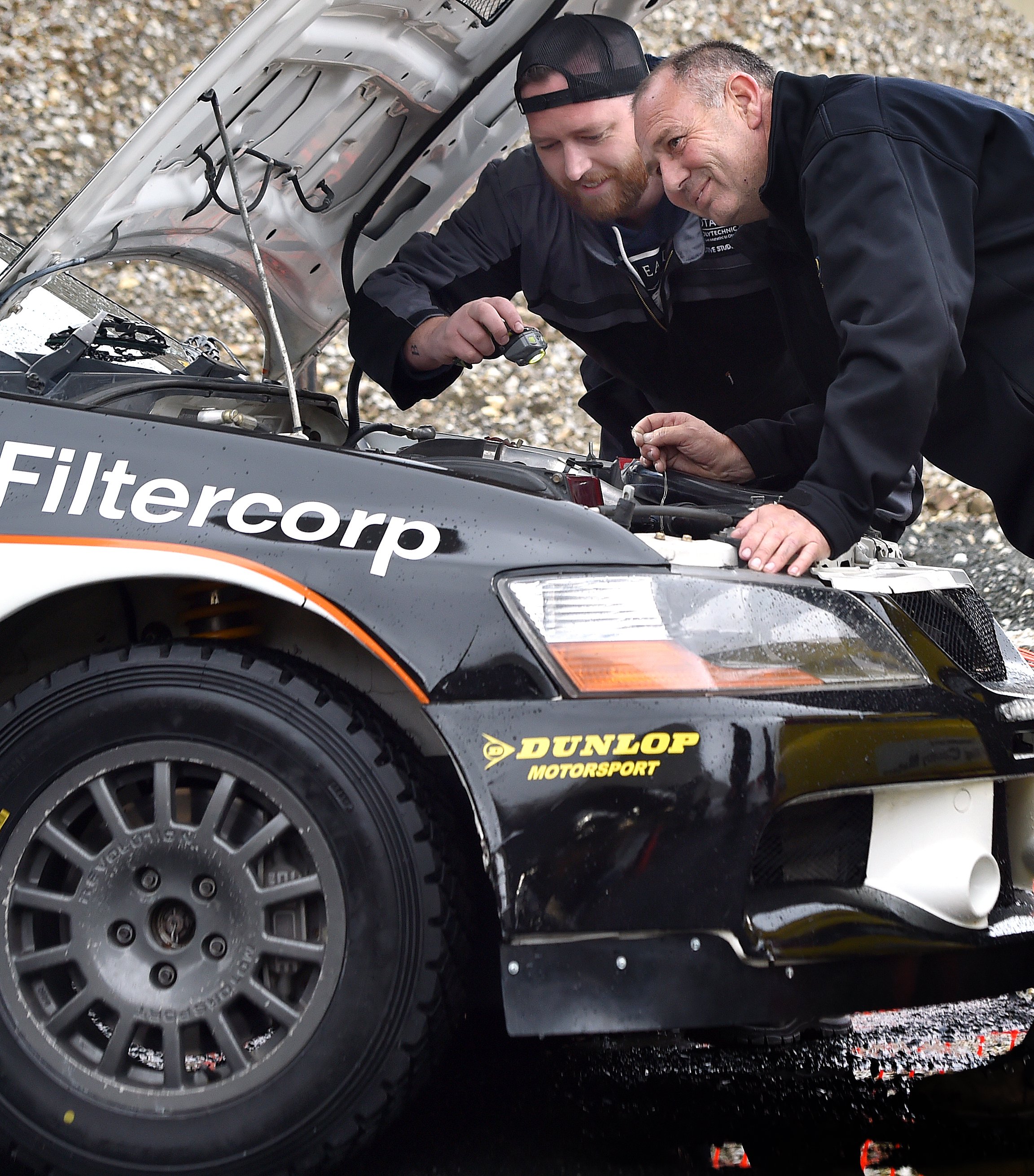 The importance of the job could not be underestimated, he said.

"They’re running through forestry, there’s trees and fence posts on either side, all sorts of stuff they can hit at very high speeds.

"[Rally racing] is very safe these days but there is an element of danger in it, so we want to make sure the cars don’t let the drivers down."

"Basically, we check the roll-cages, the seats, harnesses, first-aid kits and, from a compliance point of view, we make sure that the cars represent the class that they’ve entered."

After the Covid-19 pandemic caused the cancellation of rally racing across the country last year, 113 drivers have entered this year’s 14-stage, 298km Otago Rally.

The rally starts in South Otago this morning for fast, flowing special stages, before returning to Dunedin for the spectator-friendly tarmac super stage from 3pm, in the Wickliffe St area.

Tomorrow, they will head south of Dunedin to areas including the popular Kuri Bush test, before the winners are crowned at the Brighton Domain from 3pm.