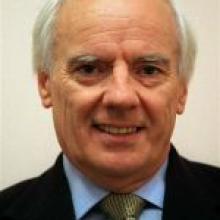 He was commenting on recent coverage of two complaints investigated by the health and disability commissioner Ron Paterson relating to treatment of two Dunedin hospital patients during the medical radiologists strikes in 2006.

Mr Paterson said one of the cases highlighted the incontrovertible fact patient safety was jeopardised during strikes by health professionals and he called for the Health Minister to consider what could be done to ensure better patient protection during strikes.

Prof Evans said while health professionals ensured strikes were organised so few people suffered ill effects and said patients were not harmed, that was not always the perspective of the patients.

"If I'm diagnosed with cancer and I need imaging to be treated, I regard even a day's delay as a disaster."

Taking the confrontation out of wage rounds by putting the decision-making in the hands of a salary awarding body would protect professionals' integrity, he said.

He did not expect this would be favoured by the Government, however, because it would mean paying people what they were worth.

Politicians were sheltered from the sort of confrontation health workers faced over wages, Prof Evans said.

A call last week from Otago District Health Board chief medical officer Richard Bunton to ban strikes by health workers has been described as unnecessary by the Public Service Association, which says systems are in place to protect patients during industrial action.

PSA national secretary Richard Wagstaff drew attention to the extensions in the life preserving service (LPS) arrangements during strikes since 2006 which now covered crisis intervention, therapeutic services and urgent diagnostic procedures in situations that could lead to permanent disability.

Mr Paterson was aware of extensions to the LPS provisions when he made his call for better protection as reference to them is made in footnotes in one of his complaints reports.

Unions Otago convener and New Zealand Nurses Organisation national industrial adviser Glenda Alexander said if people were paid what they were worth and there were balanced processes for getting a mutually satisfactory outcome then there might not be a need to strike, but that was not what happened.

She was in favour of the more positive interests- and issues-based approach used by the nurses union to negotiate its last collective agreement.