The Dunedin City Council has baulked at redeveloping the Crawford St building, in part due to projected costs and because other options were considered to be more viable.

However, Mr Lund, who is behind a plan to redevelop the New Zealand Loan and Mercantile building in Thomas Burns St, said there were clear paths for cost savings at Sammy’s.

Keeping its character as a live music venue, rather than trying to turn it into a theatre, would be key, he said.

Property investor and structural engineer Stephen Macknight said investment would be required to shore up the building’s safety, including earthquake-strengthening work.

The level of investment beyond this would depend on the purpose of the venture, he said.

Consultancy Charcoalblue analysed options for development of a mid-sized theatre in the city and the transformation of Sammy’s was estimated to be worth about $38million.

The council ended up including $17.1million in its 2021-31 long-term plan for development of a performing arts venue, which aligned with the estimated cost of a fit-out for the Athenaeum Theatre in the Octagon.

Charcoalblue’s reports were greeted with dismay by people in the live music sector and the council decided more discussion was needed to get better consensus for a way ahead for performing arts venues.

Council indecision has frustrated some groups and Sammy’s sitting idle, while costs have grown to $117,310 since the council’s purchase, has also rankled.

The council has said it will decide on the best option for the future of Sammy’s after it has worked out what to do about performing arts venues or a mid-sized theatre.

Dunedin Mayor Aaron Hawkins has said different needs appear to be required for live music and the performing arts.

"We need spaces to support artists and audiences of both, but I can’t see either of them being best served by a single solution," he said this month.

Cr Rachel Elder said she would like to see a private investor or group of investors create a cafe or bar in the Crawford St building, "with some kind of performance space".

"The building itself has lots of character and potential and I would love whoever takes the Sammy’s project on to be visionary and to celebrate its past."

Cr Carmen Houlahan said she wanted to see the building repaired to a level that would allow it to be used as a venue for bands again.

The council needed better information about costings and realistic quotes, she said.

Musician and Dunedin mayoralty candidate Bill Acklin said there were various ways Sammy’s could be used.

Its size made it suitable for events such as student balls, concerts and musical theatre shows, he said.

A high-level assessment by Beca found the building was earthquake-prone, as it was estimated to have a seismic rating of 10% to 25% of the national building standard.

Cr Lee Vandervis said the council’s ownership of Sammy’s was vexed, as the land under it was not owned by the council.

Problems with structural integrity and asbestos prevented even temporary use, he said.

Council staff had decided to buy a building with immediate multimillion-dollar liabilities and without any report going before elected representatives, he said.

The future of Sammy’s should depend on the building having a viable use, he said. 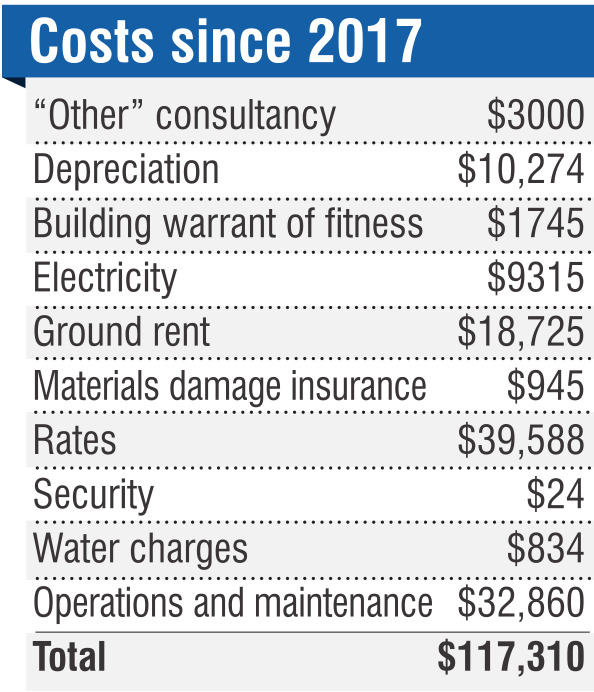