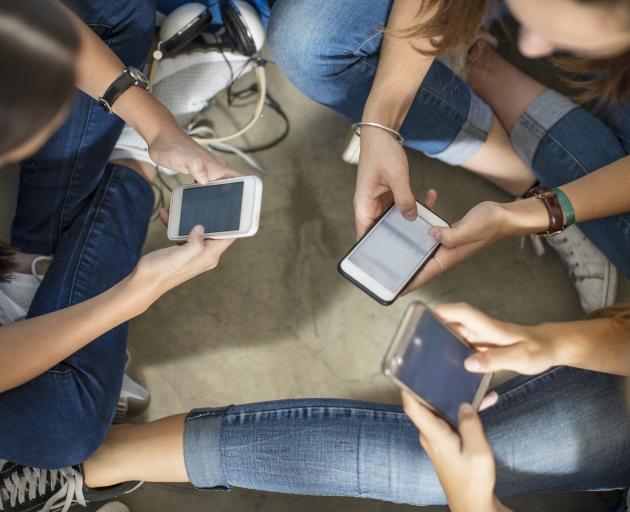 There have been concerns about the rising number of teens sharing intimate content over social media. PHOTO: GETTY IMAGES
Consent, social media, and healthy relationships are closely entwined these days, but the level of education teens get about these important issues can depend on which school they attend. Daisy Hudson reports.

The birds and the bees. Having "the talk".

Whatever prosaic euphemism you choose to use, teaching teens about sex and sexual health can be awkward at best.

But in a world where young people are exposed to adult content at an alarming rate, having those uncomfortable conversations seems more important than ever.

The rise of social media has added increasing complexity to an already complex issue. Children barely out of primary school are Snapchatting, TikTok-ing, Instagramming, and Facebooking, sometimes with little parental oversight. 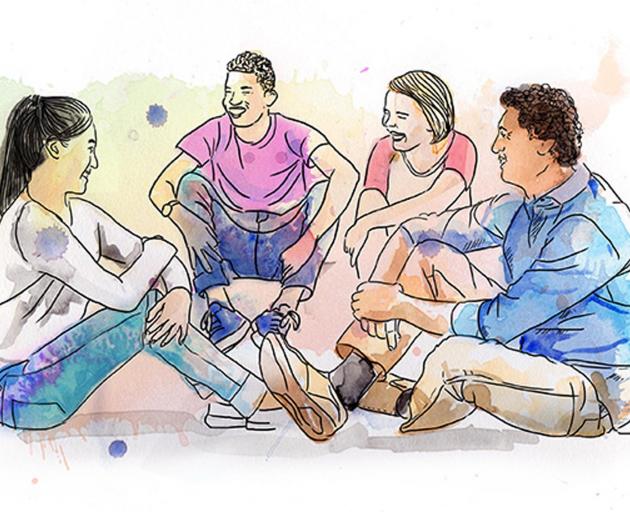 Teens are advised to be open and up-front about harmful social media behaviour. IMAGE: ACC
While most interactions will be harmless, the darker side of social media came to the fore last week when the Otago Daily Times revealed a rampant culture of teens filming and sharing explicit material in Otago.

It begs the question, how much are teens being taught about these issues? And is it enough?

There is often an argument from schools that the curriculum is already packed.

There are only so many hours in the school day, and schools cannot do the work of parents/counsellors/social workers.

All of that is true. But it is also true that one of the only ways teens can receive consistent sex education is in the classroom.

They placed increased emphasis on issues such as consent, social media, gender and sexual orientation.

There will be 38 curriculum leads across the country — 36 are in place and two more are being recruited. They are educators put in place to help schools adapt to the new guidelines.

They were widely seen as a long-awaited refresh.

However, there was also frustration in some quarters that their implementation was not compulsory.

Ministry of Education curriculum pathways and progress associate deputy secretary Pauline Cleaver said all schools must consult with their communities on the delivery of their local health education curriculum, which means it will look different in every school based on community contexts and families’ aspirations for their children.

Health education is the only area of the curriculum for which a legislative requirement to consult with the school community exists.

There were two curriculum leads covering Otago and Southland.

"The feedback from the schools to the new relationships and sexuality education guidelines has been positive, and we have seen schools already reflecting on how they can be more supportive and inclusive to give students a stronger sense of belonging in a safe space."

A Dunedin high school pupil said sex education needed to be compulsory for senior pupils, not just those in years 9 and 10, and it should not be left to outside organisations to provide it.

For example, police run the Loves Me Not programme to teach pupils about abusive relationships.

The programme has been widely praised, but the Dunedin pupil said some teens felt uncomfortable attending because of their experiences with police.

He wanted a more thorough sex education programme to be part of the senior curriculum.

The ODT approached every secondary school in Otago and Southland with questions about the new guidelines, whether they should be compulsory, and what feedback schools had received.

Most schools said they had already introduced much of the content contained in the guidelines, although some were still working through it.

Many said fitting everything into the school day was a challenge, and outside organisations such as police, Mates and Dates, and Family Planning would also provide educational sessions.

Nearly all schools said the guidelines should not be made compulsory, although a few disagreed.

East Otago High School principal Marcus Cooper believed education about healthy relationships and sexuality should be compulsory, "but we serve our community where not everyone will share this same opinion".

"This is fundamental to learning — which is a school’s core business — and to life."

At John McGlashan College, assistant principal Tom Casey said it was very difficult to fit everything into a school curriculum as in the end, something had to give.

"It would be great to see these guidelines in a more compulsory element particularly in the senior school," he said.

He believed more could be done with younger primary and intermediate aged pupils, particularly about filtering what was real and what was not online, and keeping a safe online presence.

Schools are required to consult with their communities regarding their health programmes every two years.

Some schools, such as Wakatipu High School, said they constantly reviewed their programmes as the issues were ever-changing.

"We as a school strongly believe it is increasingly important for all people, that’s not something that we like to leave to chance," deputy principal Oded Nathan said.

"It’s one of things where you can always do more, but it comes at the expense of something else that is essential."

Kaikorai Valley College head of health Jeremy Scott said that last year he received 46 responses from the school community, 45 of which were happy with what was being delivered. Four parents attended his report evening.

He was happy with the guidelines remaining optional.

"Schools have the freedom to move with current issues. Some schools will have particular issues to deal with that others won’t."

He usually surveyed the pupils about the topics they wanted to study, and those could differ each year.

"So having the freedom to make those choices helps, as well as delivering contexts asked for by the community and health professionals who I’m in contact with."

He doubted whether any pupil could leave the school saying "I didn’t know, I wasn’t told, et cetera".

"Parents want schools to do it. Schools want parents to do it. We need to work together on this. Schools can only do so much."