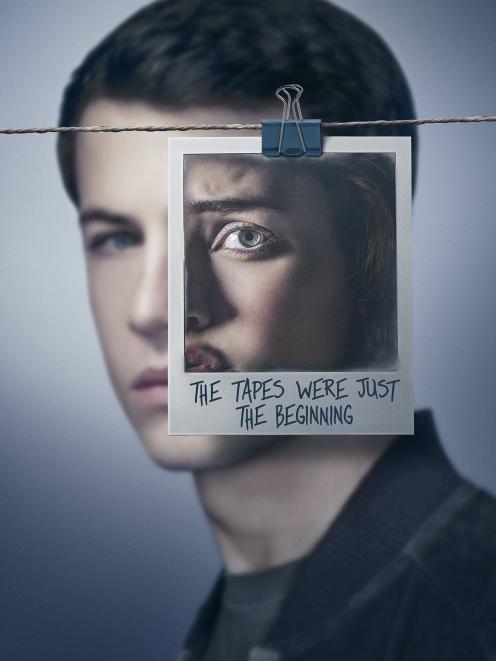 Dunedin schools have moved to get on the front foot before the release of the second season of a controversial television show.

The 13-episode second season of 13 Reasons Why was released on Netflix recently, prompting schools to warn pupils and parents.

Schools including Kavanagh College, Otago Boys' High School, East Otago High School, Abbotsford School and St Hilda's Collegiate School had notices in their newsletters about the release of the episodes, their content and where people could go to find help.

Season 2 has many of the same themes as the first season, including suicide, depression and sexual assault.

East Otago High School counsellor Sue Lewis wrote in the school's May 11 newsletter she was awaiting the start of the show's second season with "some feelings of trepidation''.

Talking to The Star, Ms Lewis said it was important to make people aware of the show's release, so they could respond to it rather than having to "react to the fallout''.

"I guess it was wanting to be one step ahead of any kind of knee-jerk reaction,'' she said.

"Last year I think everybody was taken by storm when [the first season] did come out.''

Ms Lewis said she received an email from a government department regarding the show and wanted to let parents know new episodes were coming.

She had not heard many pupils talking about it yet, but thought they would soon.

"I should imagine that it is going to be fairly widely watched and talked about because it is so dramatic.''

She said research showed that highlighting issues without having the right follow-up support was more detrimental than helpful.

"So the idea that we need to bring these out in the open is only helpful if you have the right kind of support networks to deal with it,'' she said.

The second season of the show was "very graphic'' and could potentially do more harm than good.

There was not much talk about it from pupils at the school, but she thought talking about it before it was released might have "shut it down a wee bit''.

"There is no benefit to watching something that is really traumatic.

Kavanagh College principal Tracy O'Brien said while the school wanted to promote healthy discussion around some of the issues raised in the series, it felt the way some were portrayed in the show was not appropriate.

"We just thought we would give a heads-up to parents to let them know it's coming out,'' he said.

Mr O'Brien said the nature of the first season "took a few people by surprise'', so the school wanted to let parents know so they could talk to their children about it.

"Certainly, getting on the front foot was the idea.''