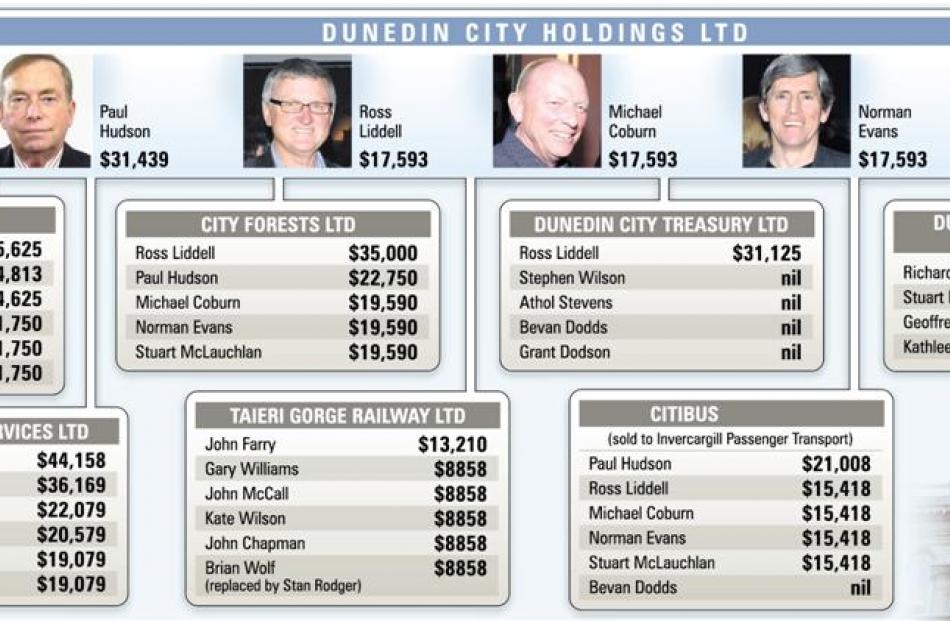 Services may be cut and job losses would "inevitably" follow as the Dunedin City Council seeks ways to bridge an $8 million annual shortfall in money from its companies, a city councillor says.

The blunt warning came from Cr Richard Thomson yesterday as councillors digested the looming black hole, and Cr Bill Acklin predicted "pain for the council and ... a lot of screaming from the community" as a result.

He warned different options to cut council operating or capital expenditure would have to be considered, with "hard choices" needed.

Cr Thomson told the Otago Daily Times the situation was a "significant concern" and the council needed to consider its next move, rather than "rush at anything that moves and slash and burn".

However, cuts to council service levels would have to be made, and it was "inevitable" council staff would lose their jobs as a result in the drive to reduce council operating costs, he predicted.

"By definition, you are primarily talking about taking staff costs out. That will be difficult [but] I think that will be an inevitable part of it.

"Anyone who thinks it's not going to be enormously difficult is dreaming."

Cr Bill Acklin said he "wouldn't jump the gun" on staff cuts but it was true service-level cuts would lead to staff losses.

"That's just one of the options in a whole pile of options," he said.

He would accept service-level cuts and job losses where extras could be trimmed, but also supported trimming capital projects - such as the $45 million town hall upgrade - or deferring others.

Savings could also come in other areas, such as changes to depreciation funding, or rates could be increased to cover part, but not all, of the shortfall, he said.

Councillors had already been briefed by the council's executive management team on areas where savings could be found, but more detail was required and public consultation would be needed, he said.

The situation councillors found themselves in was "not very nice", and he predicted community angst would follow.

Cr Thomson said axing capital projects only saved the annual interest costs associated with loans taken to pay for them, but the one that should have been scrapped was the Forsyth Barr Stadium.

"It's academic and now we have to make it work, but there's probably a little bit of bitterness there."

Cr Acklin refused to blame the stadium for the council's predicament, saying the impost on ratepayers remained the same.

"I think before the stadium can be blamed, you will have to see what the stadium is going to do, and that's about to happen."

Most other councillors would not return calls yesterday, while those contacted said the report remained confidential and only Mr Cull was authorised to comment.

However, service-level cuts would "inevitably have an impact" on the council's 653 fulltime-equivalent (FTE), and 34 short-term, staff.

Savings would be easiest by not renewing short-term contracts, as cutting permanent staff would bring severance costs, he warned.

A "pretty blunt assessment" was every 15-20 staff lost saved about 1% on rates each year, by reducing the council's remuneration bill by $1 million.

However, "we are talking about people's livelihoods... the staff are pretty valuable to us", Mr Miller said.

"None of the services are awash with surplus staff."

Unions representing council staff would also be involved in any change, and - while "pretty good" about normal restructuring - would want "a different kind of discussion" about dramatic change, he predicted.

"It would be a different kind of discussion."