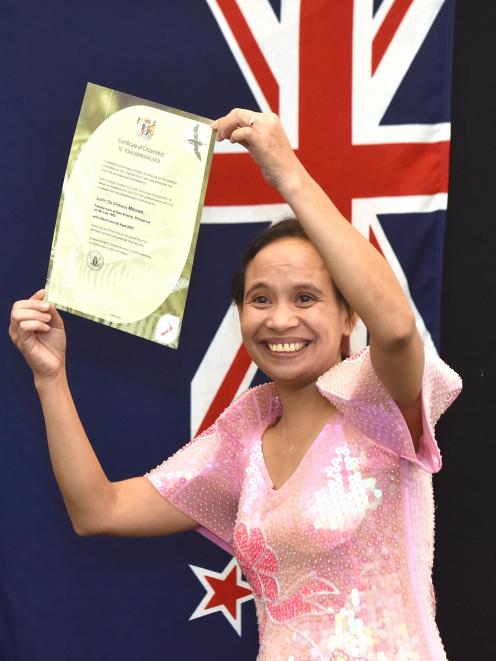 Mrs Mitchell, of Mosgiel, was beaming in Filipino dress at a New Zealand citizenship ceremony in Dunedin this week.

She had suffered two strokes while having her second operation for a brain aneurysm in November, her husband Lance Mitchell said.

She was showing no ill effects at the ceremony, the Dunedin taxi driver noted.

The pair met online and married about 10 years ago in the Philippines, Mrs Mitchell said.

They had lived in New Zealand for about eight years.

Mrs Mitchell, a caregiver, said she cried for joy when her application to become a New Zealand citizen was accepted.

Dunedin nurse Ajimon Jose Thundathil was at the ceremony to support family.

His wife Ruby Ajimon and two of their children, Julia (7) and Joanna (5), became New Zealand citizens.

Mr Thundathil, from Kerali in southern India, had become a New Zealand citizen at a previous ceremony and the couple’s youngest child, Jacinta (2), was a citizen by birth.

He had worked in Dunedin since 2009 and his wife, a rest-home healthcare assistant, joined him in 2013.