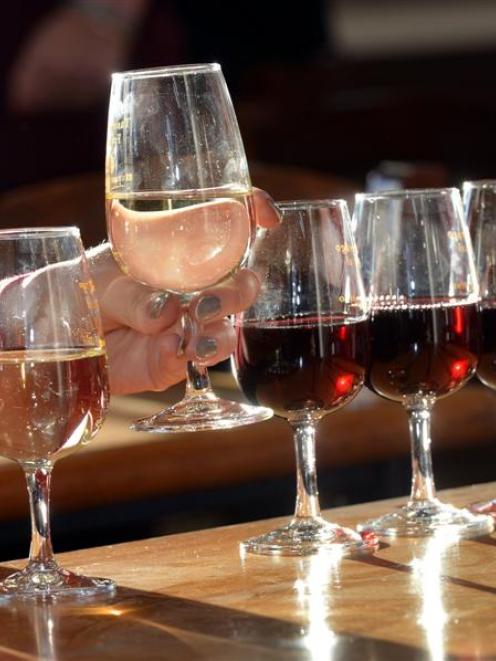 The woman, who did not wish to be identified, told the Otago Daily Times she had laid the complaint because of the accord's limits, which were based on the Health Promotion Agency's recommended limits of four drinks for a woman and five drinks for a man on any single occasion.

The accord, which police and the Southern District Health Board announced earlier this week, is aimed at curbing excessive drinking and the poor behaviour which often accompanied drinking sessions at BYO restaurants.

A spokeswoman for the commission confirmed the complaint had been received and was being assessed.

The commission would not comment further on the complaint.

The woman who laid the complaint said as well as the limits being discriminatory based on gender, they also put transgender individuals in an awkward position when dining at BYO restaurants.

''I don't think they have got a right to tell me I can only have four drinks because I'm a female,'' she said.

''They have gone off without thinking clearly because there's a lot of research that will tell you if you are of Asian descent you don't metabolise alcohol the same as a European - are they going to tell Asian woman you can only have three drinks?

''She called for the limits on the accord to be changed and for the authorities involved in its development to publicly apologise ''to all and sundry''.

''The whole thing to me seems a little bit simplistic - it's obviously a lot more complex than that,'' she said.

A joint statement from the Medical Officer of Health and New Zealand Police yesterday said the accord ''does not differentiate on gender''.

''The limit agreed in the Dunedin BYO accord is `one bottle of wine between two people','' the statement said.

However, the accord states a limit of four drinks for women and five for men and that ''customers may bring up to one bottle of wine per two people as BYO''.

Attempts yesterday to get this clarified or to find out if the wording had been changed were unsuccessful.

Otago University Students' Association president Paul Hunt said the issues with the accord were unsurprising, considering the lack of consultation.

''The [Dunedin City Council] established a working party earlier this year so a range of perspectives could consider proposals and this initiative has undercut that approach of consulting all critical stakeholders,'' he said.

''It is no surprise these sorts of issues arise when those impacted by the initiative are not even asked for their views.

''Our view is that the restrictions in the accord are overly prescriptive and a more pragmatic approach would be better and more effective in effecting a cultural shift.

''This measure has the potential to encourage even more alcohol consumption in completely unregulated private residences.''

The joint statement from police and the Medical Officer of Health said the accord was intended to ''reduce alcohol harm in our communities by limiting the amount of alcohol all customers bring with them to restaurants''.

''The accord is a voluntary agreement the BYO restaurants have developed with support from the licensing agencies and means they are all working on a level playing field.

''There is no requirement in the Sale and Supply of Alcohol Act 2012 for this accord. It has been put in place as a tool to assist the BYO restaurants to manage an issue around behaviour of some intoxicated patrons that puts their licences and, therefore, their livelihood at risk.''

When the accord was announced on Monday about 20 BYO restaurants had signed it and more were expected to join.