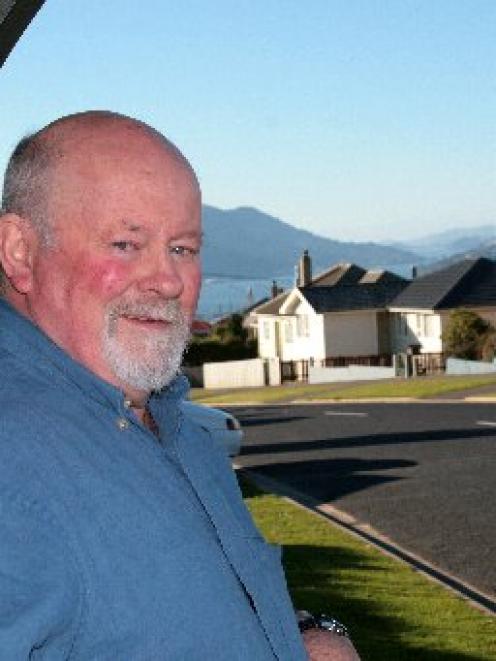 Graham McNeill waits for a bus in Corstorphine. He owns a former state house and has also built a few in his time as a builder. The social housing sector is now set for a big shake-up, with the surplus being sold and others able to be transferred to other social agencies. Photo by Dan Hutchinson.
State houses could be managed alongside the Dunedin City Council's housing portfolio and other social housing following changes announced by the Government last week.

The Government has ''agreed in principle'' and allowed $141 million to establish a new entity to work with and help fund third-party social housing providers.

The latest move could bring Dunedin's Social Housing Forum out of hibernation. It was formed two years ago after a council-commissioned social housing needs assessment highlighted ''significant challenges'' for the future.

Dunedin Mayor Dave Cull said the council would want to be talking with the new entity as soon as possible to see what the options were for Dunedin.

He said it did not matter who ran the houses as long as needs were being adequately met.

Talks had been held between the council and Housing New Zealand several years ago to see if there was an ''appetite'' to combine resources.

Council community adviser Paul Coffey said a detailed report in 2012 recommended a single organisation should co-ordinate social housing provision in Dunedin, with the city facing an ''uncertain future'' and unlikely to be a priority for central government.

The forum had met several times over the past two years with many social housing providers, including Pact, IHC, Salvation Army and the council involved.

The council has about 950 social housing units and Housing New Zealand has more than 1400 in Dunedin.

Mr Coffey said the council accommodation was mainly for people over the age of 55 who could not afford to pay market rent.

Council housing complemented Housing New Zealand's stock, which tended to focus on families, and there would be benefits to combining the two, Mr Coffey said.

He said as people's needs changed with age and a bigger portfolio meant there were more options to meet particular needs.

An ageing population and more lifelong renters with no equity were the main factors increasing demand for social housing.

Mr Coffey said social housing portfolios would only work if the properties were sold below market valuation. Otherwise ''the figures just don't add up''.

The council's housing portfolio is self-funding, with rents put back into maintenance, upgrades and new properties.

Mr Smith said the new entity would be developed over the next six months and was part of a goal to ''grow and diversify'' the social housing sector.