Shearer confident in his role 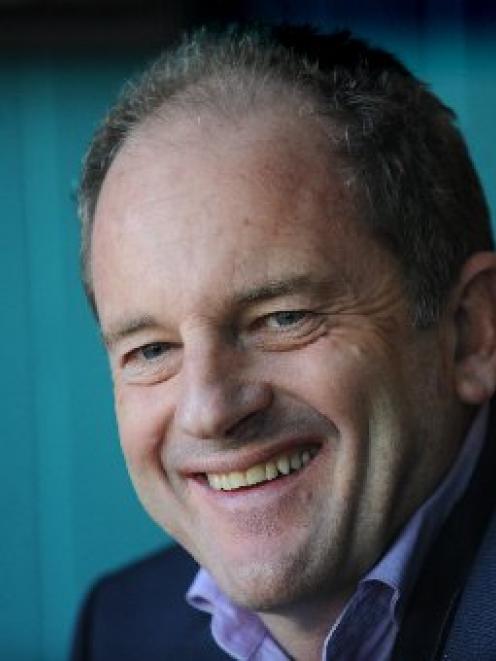 Mr Shearer took time out from the Labour Party Otago-Southland regional conference to meet the Otago Daily Times and talk about his leadership and other issues.

He said he led a united caucus and one of the best things about last year's leadership contest was that it was open and conducted throughout the country.

The Labour MPs were getting to grips with their new portfolios and were bringing enthusiasm to their roles.

Mr Shearer said he and deputy Grant Robertson brought a new look to the leadership.

Asked about the ongoing criticism in the media about his leadership, Mr Shearer said that most articles were written without talking to him.

The most recent rumour was that his new chief of staff, Alistair Cameron, had been brought into support Mr Robertson in his push to replace Mr Shearer.

With Mr Cameron sitting next to Mr Shearer at a Dunedin cafe, the Labour leader said he would have been "pretty dumb" to hire someone who was going to work to have him replaced.

On Friday, Mr Shearer gave a speech in which he acknowledged that contributions to the New Zealand Superannuation Fund (Cullen Fund) were unlikely to be reinstated by a Labour-led Government until the country's economic woes were well behind it.

That was part of the party being honest to its supporters and voters throughout New Zealand, he said.

His visit to the regional conference was about talking to members about the party review, making sure they felt the party was moving in the right direction and to remind supporters there was a three-year "end-game" in process.

The polls were bouncing around 34% support for Labour and Mr Shearer had gone from being virtually unknown to rating about 13% as the country's preferred prime minister.

"I would say that is good for four months down the track.

"There is a degree of instant gratification in politics but everything doesn't turn around 100% overnight.

"We have to earn the respect of people and that doesn't happen by itself."

That was why he was making himself available at regional conferences and in other engagements around the country.

The Labour Party was a party of ideas and often people wanted to talk to him about their idea.

Because he was not part of the Helen Clark governments, Mr Shearer found he did not have to defend everything that had been done in the past.

He was prepared to push fresh ideas in the knowledge that the party's policies would not be brought out in force until 2014, in time for the next election.

However, the party had done a lot of work laying solid policy platforms before the last election - some of which it had not been sold well to voters - and he would continue to lay "policy markers" down on the way to the next election.