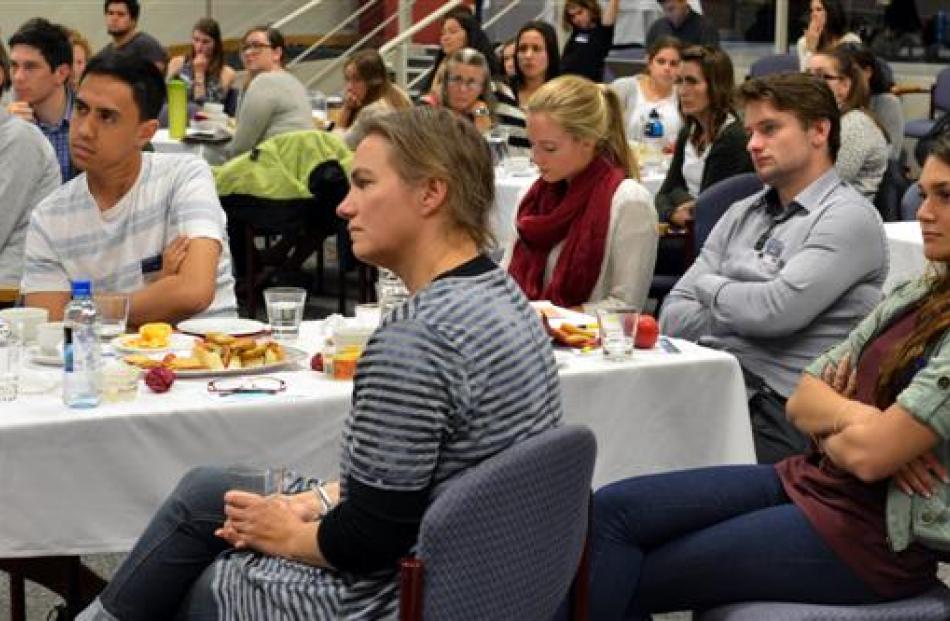 Part of the audience. Photos by Peter McIntosh. 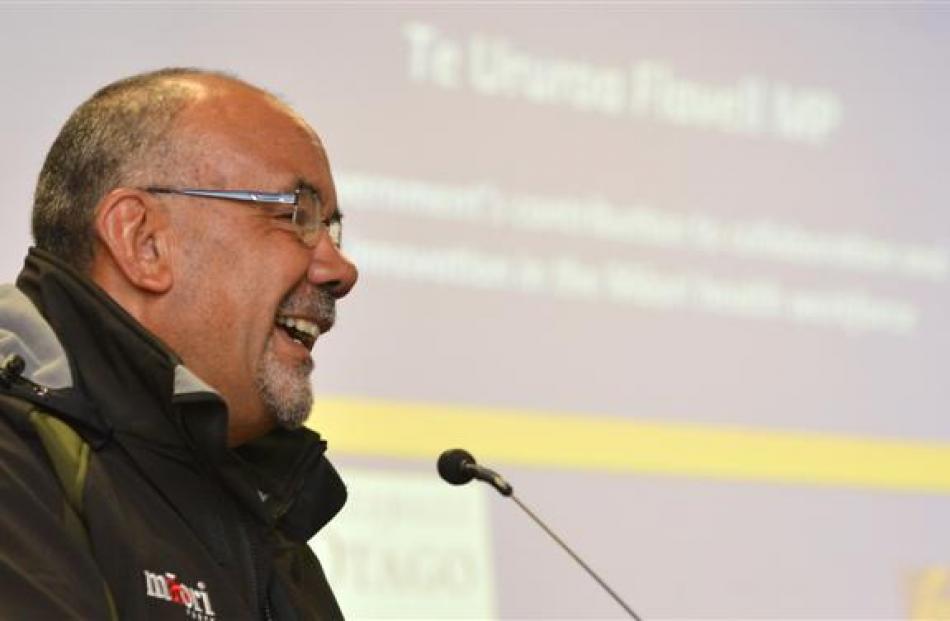 Mr Flavell was commenting in a wide-ranging talk to about 70 people attending ''The Otago Hui 2014'', a two-day event, which ended yesterday at the Otago Museum's Hutton Theatre.

The annual event was focused on encouraging Maori health professionals to ''better work together to improve health outcomes for Maori'', and was supported by the University of Otago, the Ministry of Health, and the university's Maori Health Workforce Development Unit.

Mr Flavell congratulated the organisers of the second annual Otago hui on Maori workforce issues and said the positive strategic approach being taken was ''a sign of how far we've come''.

Many of the people attending the gathering were ''movers and shakers'' among the Maori health professionals of the future.

He noted that the initial focus in Maori health had involved a ''crisis response to the life and death struggles of individual patients'', but there was now a more strategic approach.

He noted the Maori Party had enjoyed considerable success in having a series of Government policy moves adopted, to greatly reduce smoking, including among Maori.

He also strongly defended the Whanau Ora approach to Maori health which had been strongly promoted by the party, and had become part of the National-led coalition government's policy.

This approach aims to empower communities and extended families to support families in a community context, rather than individuals within an institutional setting.

Mr Flavell said that whereas before there had been a focus on trying to counter severe health challenges such as diabetes at the individual patient level, there were clearly big advantages in adopting a broader approach.

The collective Whanau Ora approach sought to include members of a patient's wider family in health interventions.

Instead of simply trying to improve the diet and exercise regime of one patient, by engaging with the whole family, wider diet and exercise benefits could also be achieved by them, including avoiding other health problems which might have been looming.