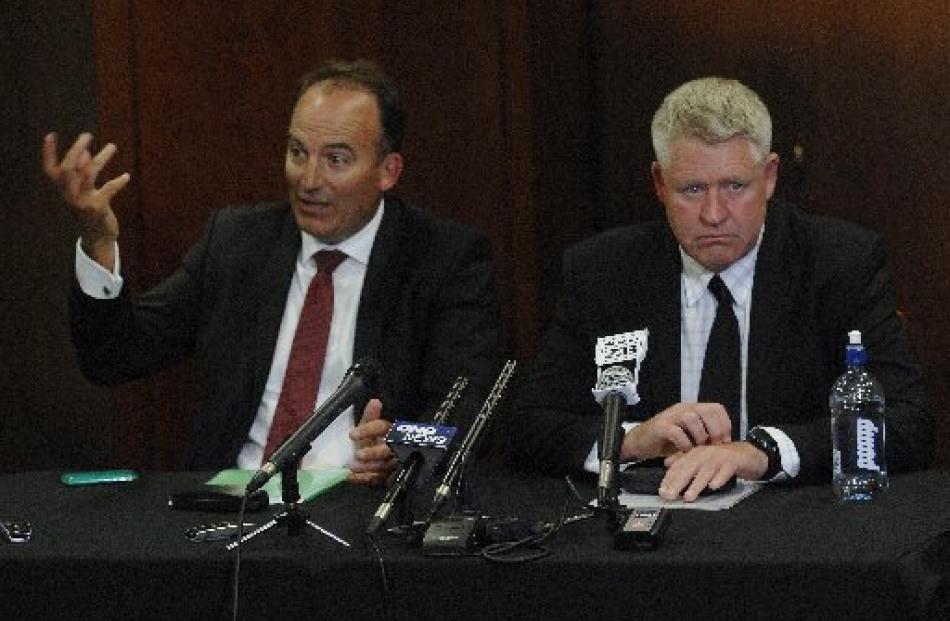 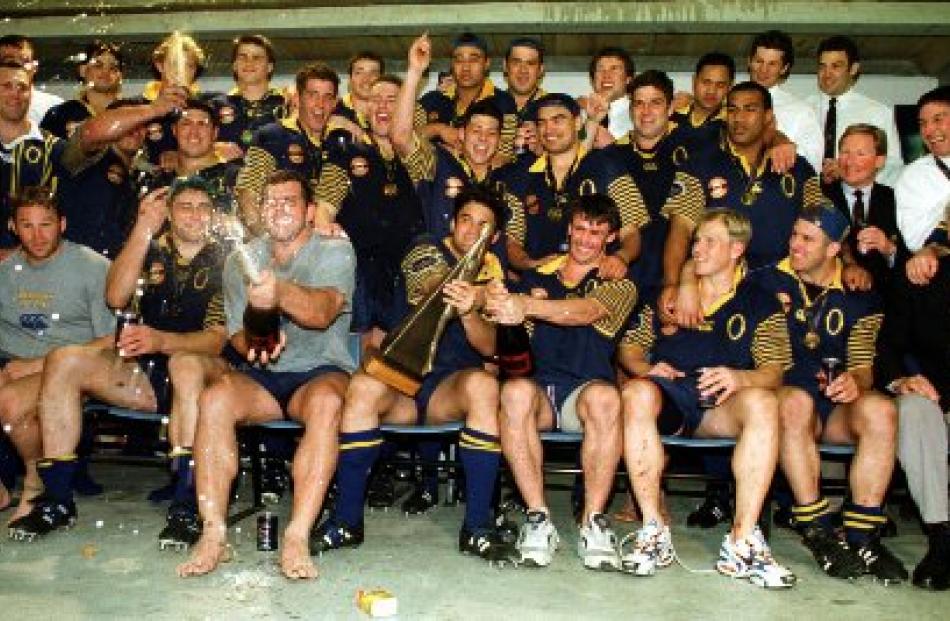 The victorious Otago team celebrates winning the NPC title in 1998.

More than 130 years of rugby history is likely to come to a juddering halt on Friday when the Otago Rugby Football Union, saddled with debts of more than $2.2 million, goes into liquidation.

About 100 supporters and officials were stunned into silence on hearing the union had posted a loss last year of $862,000 and might not be able to field a team in this year's ITM Cup.

They had gathered for the union's annual meeting at the Otago University Rugby Club rooms at the University Oval, which was followed by a media conference fronted by ORFU chairman Wayne Graham and New Zealand Rugby Union chief executive Steve Tew.

Mr Graham said the union had no other option but to cease trading and would apply to the High Court on Friday to put itself into liquidation.

"This is a very sad day but we have not taken it [decision to go into liquidation] lightly," Graham said.

The New Zealand Rugby Union has declined to bail out the union or lend it money, saying the debt was too big and it would set a precedent with which it was not comfortable.

The ORFU had 180 creditors in the local business community, who were owed $180,000, and union staff would be out of a job on Friday. The union also had a loan of $1.2 million with the Bank of New Zealand.

"I have been involved with this union for 37 years and it is very disappointing. What I have been through in the last 18 months has been very distressing," Mr Graham said.

Mr Graham had offered a glimmer of hope to the meeting by saying if a rescue package showing a viable business plan for the next year could come together by Friday, the union would not be put into liquidation.

Four parties had been involved in negotiations to continue: the Otago Rugby Football Union, the New Zealand Rugby Union, the Bank of New Zealand and Dunedin Venues Management Ltd.

Those parties could not agree on a way forward.

The board would not resign, although if the union was liquidated, it would be out of a job.

Mr Tew said the Otago union was debt laden and could not trade on.

He said the NZRU would put people in place to make sure community rugby continued.

"This is a pretty grim day for Otago rugby. This is a proud rugby union and province. This is a very difficult moment in time for everybody. But the reality is such we need to take a drastic step to move things forward," Mr Tew said.

"The bottom line is the hole is too big. Other unions have been in trouble before but nothing at this level.

"We have already put in $200,000 to help the union out." He said the Otago union would have a couple of weeks to show it could fund a team in the ITM Cup, or the competition would go ahead this year with 13 teams.

The strong preference was to have an Otago team in the competition, Mr Tew said.

Players would receive their payments for February, coming from the New Zealand Rugby Players' Association, but payments would then end.

The Otago union was looking at a financial loss of up to $750,000 for the forthcoming year.

Mr Graham said most of the loss came from the union's inability to pay for its professional game.

"The professional game was running $700,000 to $800,000 over what we could afford. In hindsight, we were spending based on last year's revenue, and that revenue was not there."

Mr Graham said he did not want to apportion blame for the situation, as it had come from many decisions over many years.

But, when pressed, he said owning Carisbrook had become a millstone around the union's neck, while matters such as how much it would cost to play at Forsyth Barr Stadium were never considered.