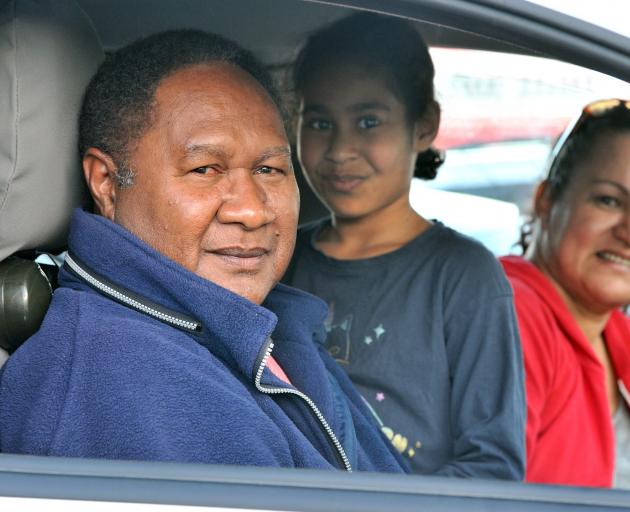 Balclutha residents (from left) David, Lexy (9) and Sharon Karrol wait patiently for the Pak’nSave supermarket in South Dunedin to reopen following an IT problem in Foodstuffs supermarkets around the South Island yesterday afternoon. PHOTO: CHRISTINE O’CONNOR
Queues of grocery shoppers were turned away from New World and Pak’nSave supermarkets in Otago and Southland yesterday, when a computer glitch forced many Foodstuffs stores across the South Island to close.

Foodstuffs NZ head of corporate affairs Antoinette Laird said a standard IT maintenance update was ‘‘pushed through the system’’ about 4pm yesterday, inadvertently causing stability issues within the point of sale network in South Island stores.

The issue was quickly identified and IT staff carried out ‘‘an urgent fix’’ to get the system back up and running by 6.30pm, she said.

‘‘I can confirm this issue was not caused by a cyberattack.

‘‘It was simply an IT maintenance issue which unintentionally destabilised the stores’ online environment.

‘‘We would really like to apologise to customers who have been trying to shop during this time. We know the system being offline is an inconvenience.’’

During the glitch, a New World Gardens customer in North Dunedin said it was taking a long time for checkout operators to scan products and queues grew very quickly.

Soon, many of Dunedin’s Foodstuffs supermarkets had to close and staff were posted outside to turn customers away.

While many customers turned around and went home, David Karrol, of Balclutha, decided to wait it out.

‘‘We’ve travelled all the way up here to get our groceries, and we don’t want to have to come back another day, so we’re just going to wait and see if it reopens.’’

He was prepared to wait for about 90 minutes, but was delighted when the store reopened about 6.30pm.

A Progressive Enterprises spokeswoman said Countdown supermarkets were unaffected by the glitch.

Maybe the "glitch" is more like a "hack" ... some people are getting a tad annoyed at being ripped off by the duopoly, and no doubt there someone out there with the skillset to give them a fright.

Banks seem to be having "glitches" as well ... coincidence ??