Shorts for all pupils thanks to bold letter

She may be only 7 years old, but Kayleigh Dryden has already proven she is not one to skirt around the big issues.

The St Francis Xavier School pupil got sick of wearing her pinafore to school each day.

''I wanted to wear shorts because pinafores were too itchy, and I wanted to be free'', she said.

So she decided to take her problem right to the top. She wrote to the school's board of trustees, asking if she could wear shorts and a T-shirt in summer.

Principal Carmel Jolly said the board considered Kayleigh's proposal and said ''that's great, why not''. 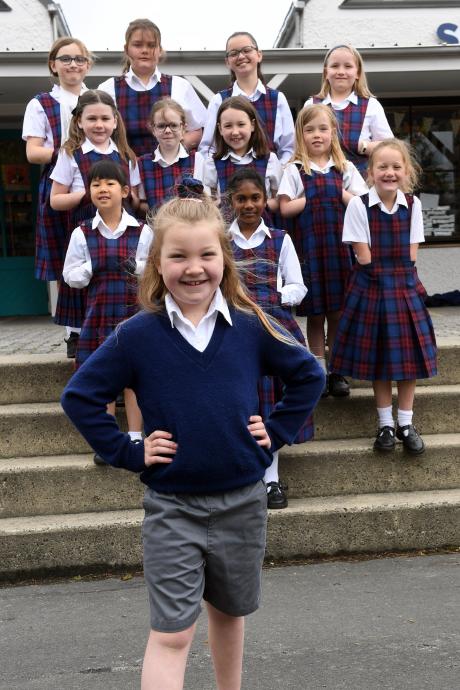 Boys at St Francis Xavier currently wear shorts. The school, in the Dunedin suburb of Mornington, has added the option for girls to wear shorts during terms one and four.

In a statement, board chairman Ryan Priemus said the school's culture encouraged ''leadership skills, freedom of thought and adaptability where possible''.

''We were very excited to receive her letter, and we're so proud that she took the time to write to the board and wanted to make a change.''

''As the suggested option was part of the existing uniform, we were able to support Kayleigh's proposal.''

Kayleigh wore shorts to school for the first time on Friday, and said she felt ''good and free''.

She hoped other girls at the school would follow suit.