Returning an internationally significant rose garden at Dunedin's Northern Cemetery to its former glory will be a ''huge job'' and likely take six years.

This news comes as Delta, the contractor responsible for looking after greenspace at the cemetery, was criticised over a lack of accountability at how a mystery substance came to be sprayed on the roses.

About 500 roses, more than 40% of the about 1200 at the cemetery, were showing signs of damage. Despite some regrowth, she believed most would have to be ripped out along with any contaminated soil.

This was because the regrowth looked unhealthy, as though the cut-back plants were still being stunted by the mystery substance.

It would probably take at least another six months to tell whether any of the roses were salvageable, she said.

It was not all bad news, however, and after a ''positive'' meeting with the Dunedin City Council this week a strategy to replace the damaged roses was settled on.

The council indicated it would support efforts to track down rare rose varieties across New Zealand.

''We came away with lots to do, but very happy that they believe in our cause.''

The society had moved on from apportioning blame for what had happened and was instead focused on returning the internationally significant collection to the way it was.

It's initial focus would be on replacing the up to 100 memorial roses and the rarest roses in the collection.

The council had indicated it would help by providing resources and probably funding too, she said.

''We are here to help and work with them,'' Ms Paterson said.

The council was now expecting soil and foliage test results back by mid-February.

However, the testing had taken longer than initially expected, partially because of the Christmas break and because of complexities involved with soil testing. 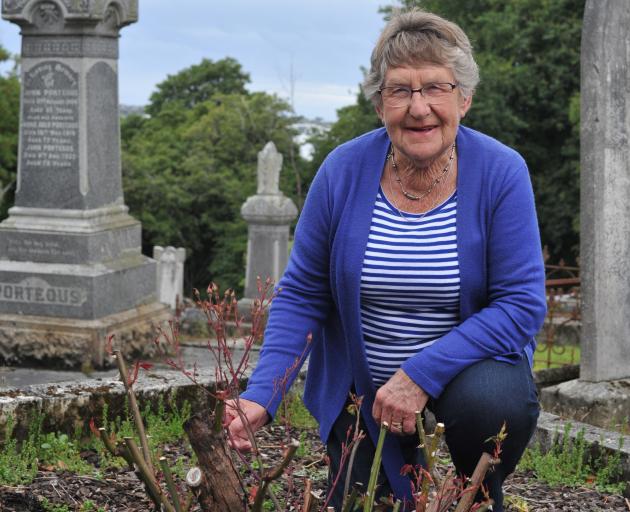 Meanwhile, Heritage Roses Otago committee member Robyne Selbie has hit out at Delta saying it had shown a lack of accountability over the damage to the roses.

''Accidents happen. We can accept that but the culture of 'cover up and deny responsibility' until proven otherwise seems to be established in this company,'' she said in a letter to the Otago Daily Times.

As the contractor responsible for spraying, it was up to Delta to prove it was not responsible.

A Delta spokeswoman said the company had continued to work with the council towards reaching a conclusion on the heritage roses situation.

She said the company's gardeners employed to look after the Northern Cemetery were highly trained and qualified for the specific role.

''Each of these gardeners have worked at this cemetery for a number of years and understands first-hand the significance and importance of the heritage roses,'' she said.

She forwarded a previous media response in which the company said initial tests of the roses showed the presence of picloram - a herbicide not used by contractors at the site.