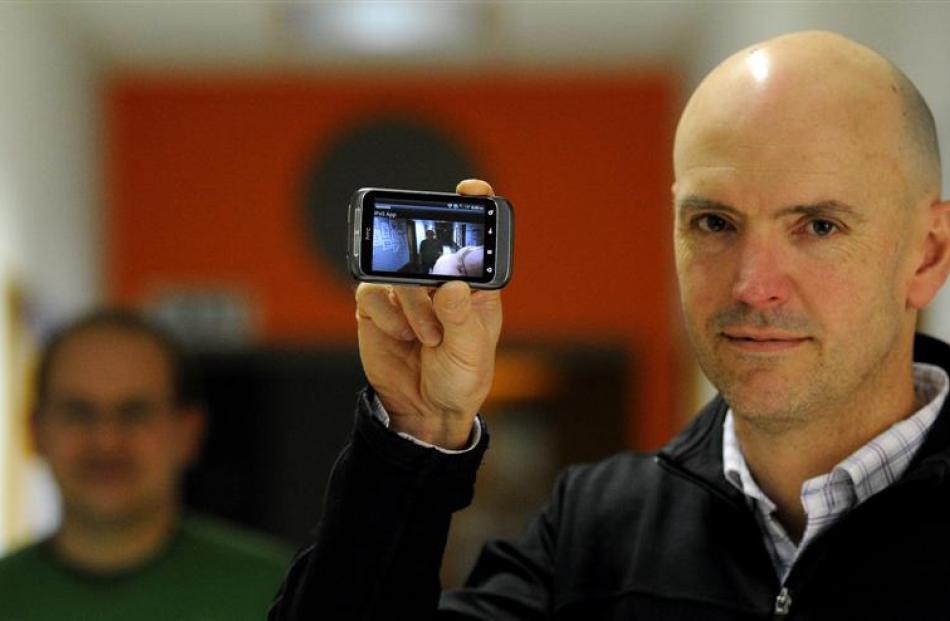 A University of Otago student has designed an app which transforms smartphones into eyes for the blind.

PhD student Nabeel Khan was inspired to develop the app after interviewing blind people and finding out many used smartphones.

The app allows the visually impaired to find out where they are in a building by taking a photo on a smartphone and matching the photo against a database of pictures stored on a server.

The app then reads the location back to the user - taking advantage of a feature allowing smartphones to read text aloud.

Mr Khan, who came to Otago University from Pakistan on a PhD scholarship in 2010, said the idea came about after an interviewee told him getting lost in buildings was a common problem for the blind.

''If there is no-one around them, then it is really hard for them to figure [out where they are].''

The app was tested in four Otago University buildings and he was pleased with the success rate, which ranged from 78% to 94%.

An important focus was to make sure the app did not return false positives, which could be dangerous.

''It could be a disaster for a blind person - for example, if you are in front of the stairs and it tells you you are in the corridor [and] you can walk,'' Mr Khan, who finished working on the app in March and has since taken up a job as a software engineer engineer in Auckland, hoped the app would make it to market.

However, a few things needed to be ironed out first, including finding a way to improve performance at night and testing it with the visually impaired.

The technology could also potentially be used by people new to an area.

Before coming to New Zealand, Mr Khan was a lecturer at the National University of Sciences and Technology in Islamabad, Pakistan. He has completed his PhD, but is yet to graduate.

Mr Khan's PhD supervisor, Prof Brendan McCane, said one of the app's major advantages was that it used images, as GPS was far less accurate indoors than outside.