Smiles as Pipes and Drums band marches in to thank hospice 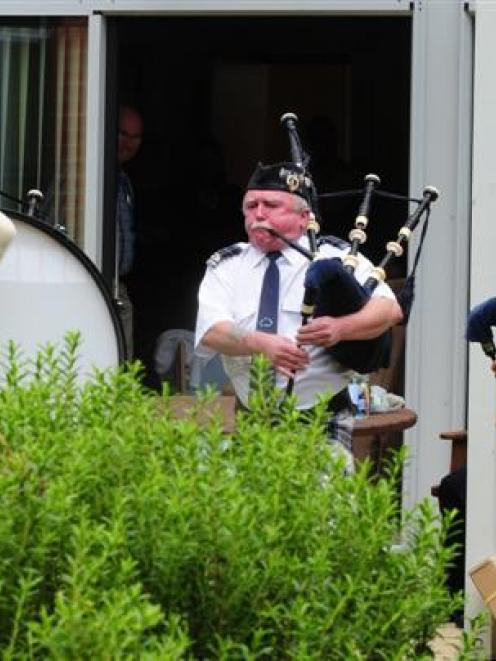 "It's our way of paying back to the hospice for doing such a good job," Pipe Major Bill Swift said.

The band played first at Ross Home then moved on to the hospice as part of its warm-up before playing for passengers on the departing cruise ship Orion later in the afternoon.

For three of the band members, whose family members had received respite care or spent their last days there, playing for the hospice was significant.

Band member Heather Walker had the idea after her father received respite care at the hospice.

"The idea was to give patients there something to smile about," Mr Swift said.

They hoped to make it a regular occurrence, playing two or three times a year for a rest-home and the hospice.

Many years ago, when the band received a stipend from the council to do so, the band had played for rest-homes. It had now decided to revive the practice but this time "just because we want to".

"We want to provide a bright spot for elderly folk," Mr Swift said.

The band has 20 members ranging from their early 20s to their 80s. About eight of them are still learning instruments.

Mr Swift hoped to raise awareness of the band and attract younger members.