Snow was falling in some of Dunedin's hill suburbs this morning as a cold front bites in the South bringing the possibility heavy snow above 500m, gale force winds, thunderstorms and hail. 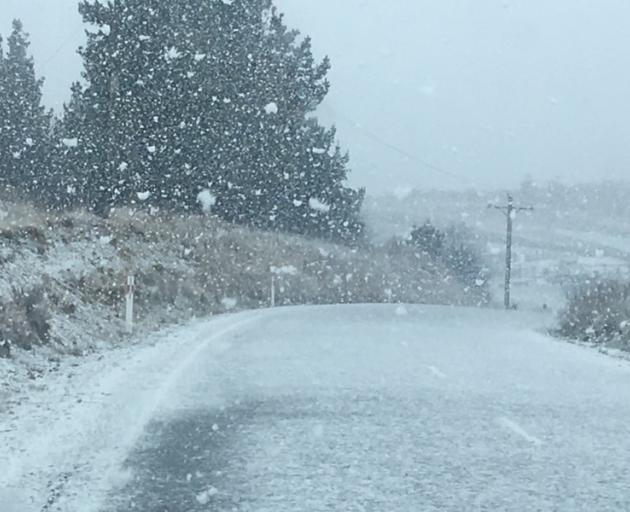 Snow falls in Central Otago today. PHOTO: FULTON HOGAN
The MetService says snow is expected as low as 400m across the south today and says "bitterly cold southwest gales" were also expected about coastal parts of Otago during Monday morning and early afternoon.

A Brockville resident told the Otago Daily Times "large flakes" were falling after 9.30am, but snow was not settling. An ODT reader also shared video of snow falling in Halfway Bush.

Meanwhile, motorists are being urged to take care on Central Otago roads as snow falls throughout the region.

An advisory from Central Otago District Council contractor Fulton Hogan said caution was advised in the Manuherikia and Maniototo areas, as well as the high country of Roxburgh, where snow was falling and starting to settle on the roads.

More updates would be issued if conditions changed, the advisory said.

The Queenstown Lakes District Council (QLDC) also said light snow was falling on the Crown Range Rd as of just after 12.40pm. 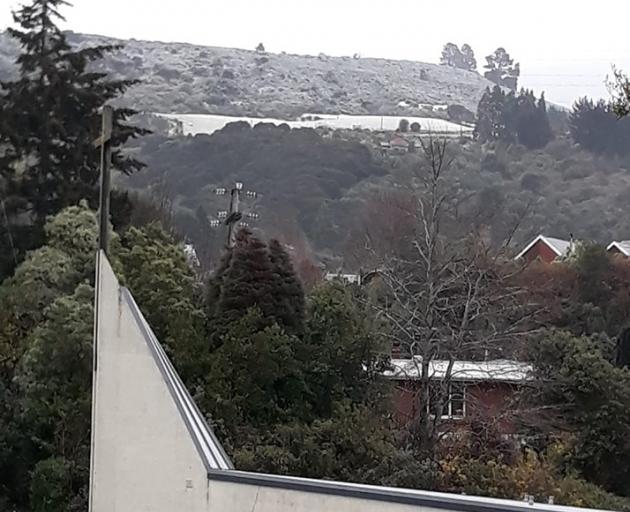 The view from Helensburgh at 10am this morning. Photo: Rachael McFarlane
Apart from snow MetService said winds could briefly reach severe gale in exposed places and a watch was in force for coastal Otago, including Dunedin, until 2pm this afternoon.

Along with gales and snow about the hills, the MetService says there is a moderate chance of thunderstorms in parts of the South, including Dunedin and Invercargill, which could bring heavy rain. 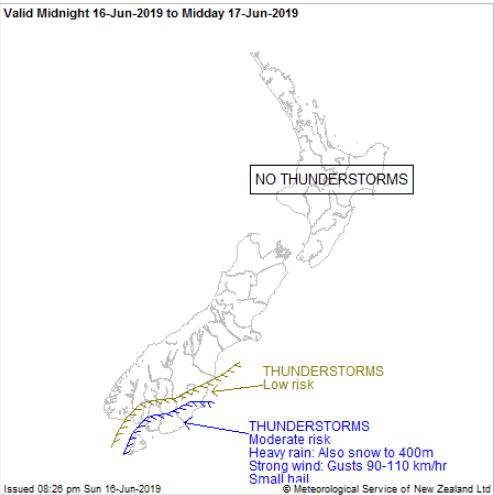 A heavy snow watch is in place for inland Otago, south of about Cromwell, where snow is expected above 400m and heavy falls possible above 500m until 6pm today.

A watch is also in place for Southern Fiordland, Southland and Clutha until 3pm.

Cooler overnight temperatures set in from tomorrow for the South Island with Timaru expected to drop as low as -2C. Gradually getting colder as the week progresses so remember to wrap up and keep the firewood stocked up. ^KL pic.twitter.com/qOuBqjTMUN— MetService (@MetService) 16 June 2019

NZTA has issued a caution for snow and ice for SH87 between Middlemarch and  Outram and is urging drivers to take extra care.

QLDC said early this morning  "extreme caution" was required on the Crown Range which was affected by snow flurries and black ice. 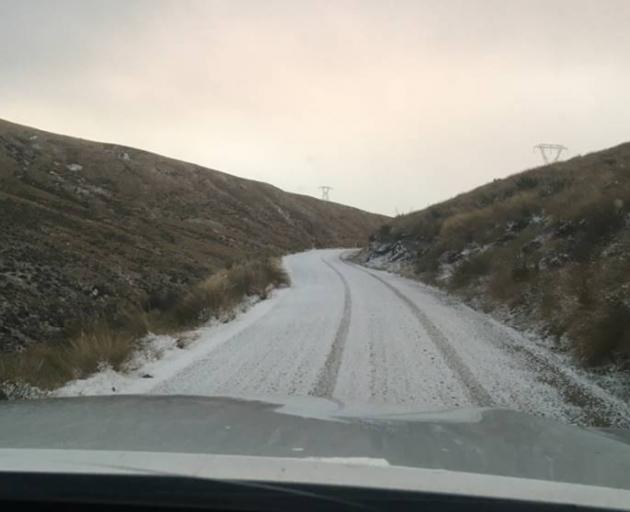 Ice was possible in other parts of the Queenstown Lakes District and in Central Otago where temperatures were sitting around -1degC at 6am.