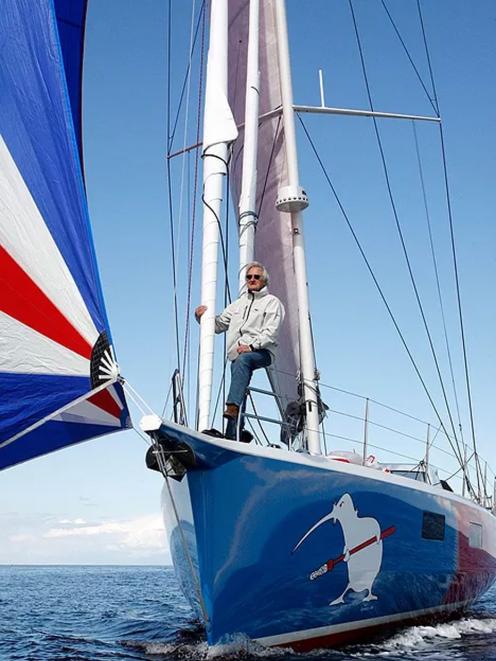 The former Otago Boys’ High School pupil and Dunedin sailor began his bid last Saturday to become the oldest and fastest person to sail  non-stop and solo around the globe. But already, the 80-year-old University of St Augustine founder, physiotherapist,  real estate investor and adventurer is having major problems with his new French-designed, German-built yacht.

On his official website, Dr Paris said since departing from St Augustine, Florida,  some issues had developed on the boat — mostly electrical.

"The main autopilot overworks and squirrels the boat. Different settings do not seem to help."

The secondary autopilot had also failed and for a time, both were inoperable, causing the boat to do an accidental jibe.

Fortunately, it happened in light winds so no harm was done, he said.

"On my last voyage, just one down was usually enough to keep up the batteries. Three down makes three vulnerable to damage.

"Clearly there is a battery drain. We have to find the reason."

He said there was also an electrical short in the cockpit, which meant he could not touch control knobs without getting a shock.

And his refrigeration unit was overheating, so he would lose most of his frozen food.

"Finally, I noticed two days ago the water ballast tanks do not hold the water.

"It simply drains across to the lower tank. Also, I can’t dump water from the port tank."

This will handicap me in strong winds and limit how much sail I can carry.

"The above would not be enough to stop me if I were over halfway, but I have barely begun.

"I shall put into Bermuda and get ready to restart. Hopefully, time does not run out on this season."

Dr Paris said the good news was he was 12 hours ahead of the record-holder on the trip so far, despite the difficulties he was having.

The record, from Bermuda to Bermuda, is 150 days and 6 hours, and  the oldest person to circumnavigate the globe non-stop is 71.