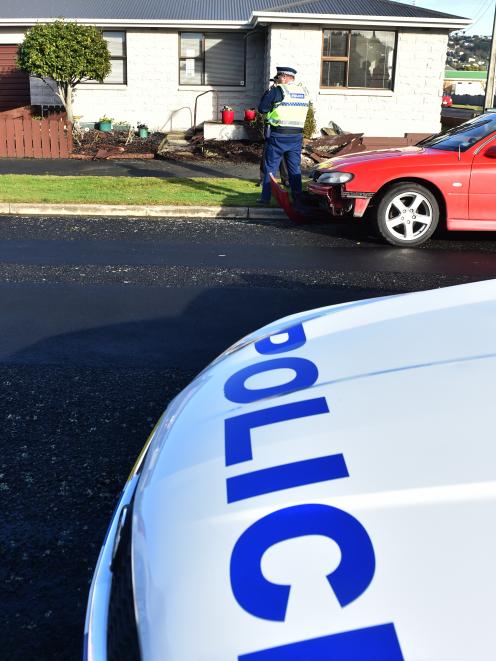 Part of a residential wall in St Kilda was broken yesterday after being hit by a car, which was also damaged.

A police spokeswoman said police were informed of the crash, on the corner of Bird and Jackson Sts, about 10am.

Officers had spoken to the driver of the car and residents of the property.