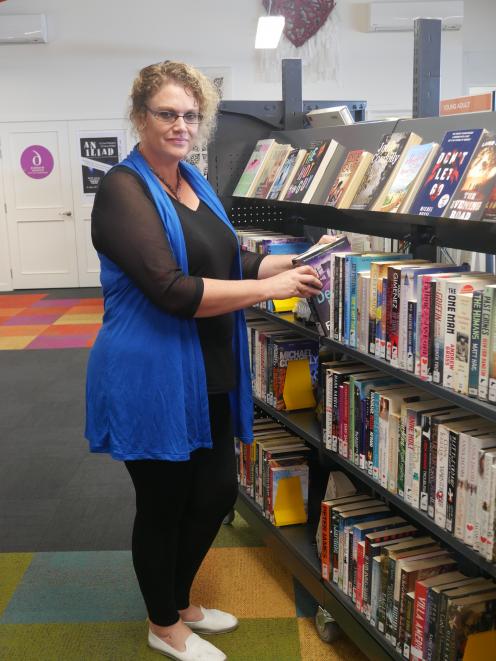 South Dunedin Library and Service Centre team leader Dianne Mears says the library is well used by the community. PHOTO: JESSICA WILSON
Almost 17,000 visits have been made to the South Dunedin pop-up hub during its first six months.

But the Dunedin City Council is still on the hunt for a permanent site.

A council library usage report revealed there had been 16,785 visits to the hub since it opened in Hillside Rd in September.

The community had made good use of the the library, books and computers, she said.

‘‘They don’t have to travel into town to get their books.’’

The library regularly hosted other events, such as housie nights, and could move the furniture to accommodate whatever activity was being held there.

The council has installed a kiosk for the public to give their feedback on the 10-year plan.

‘‘It’s really good that we have got one here for the community.

Dunedin City Council arts and culture group manager Bernie Hawke was pleased with the increasing number of people using the facility and its resources, such as the community hot desk and meeting room.

‘‘Overall, we have been pretty pleased with the gradual increase,’’ Mr Hawke said.

The pop-up hub also included a service centre where residents could pay fines and rates and buy blue bins and rubbish bags, he said.

‘‘They could not do that anywhere in South Dunedin up until now, not recently, anyway.’’

Mr Hawke said the council was still looking for a permanent site for the hub.